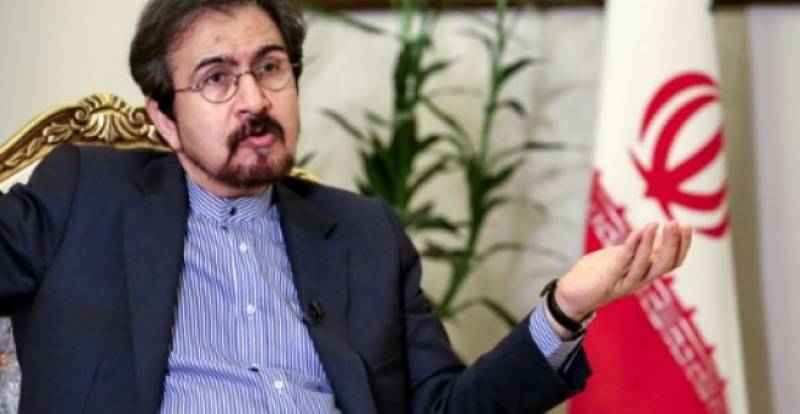 Tehran: Tehran called on Tuesday for talks with Paris to clear "misunderstanding" over an alleged bomb plot targeting an exiled opposition group near the French capital.

"If there is a misunderstanding... about a thing that does not exist, be it a conspiracy by others or a mistake, we can sit down and talk about it," Iranian foreign ministry spokesman Bahram Ghasemi told AFP in an interview.

The only way to overcome the issue was through "the art of diplomacy," he said. "We know of no other way."

French authorities on Tuesday accused Iran's intelligence ministry of being behind a foiled plot to bomb a meeting of the People's Mujahedeen of Iran (MEK), according to a French diplomatic source.

France also announced it was freezing the assets of two suspected Iranian intelligence operatives and those belonging to Iran's ministry of intelligence and security.

One of the operatives is an Iranian diplomat who was arrested in Germany.

"This extremely serious act envisaged on our territory could not go without a response," France's interior, foreign and economy ministers said in a rare joint statement.

Ghasemi, however, said that "I vehemently deny" all these accusations "completely and forcefully."

"When the base issue is wrong and no more than an allegation, basing other hypotheses on such a claim is totally useless and wrong," he said.

"You cannot accuse the intelligence ministry or anyone else working at it of being involved in an unconfirmed thing.

"Iran can definitely cooperate to fix any misunderstanding between France and Iran, or any other country in the region or Europe," said Ghasemi.