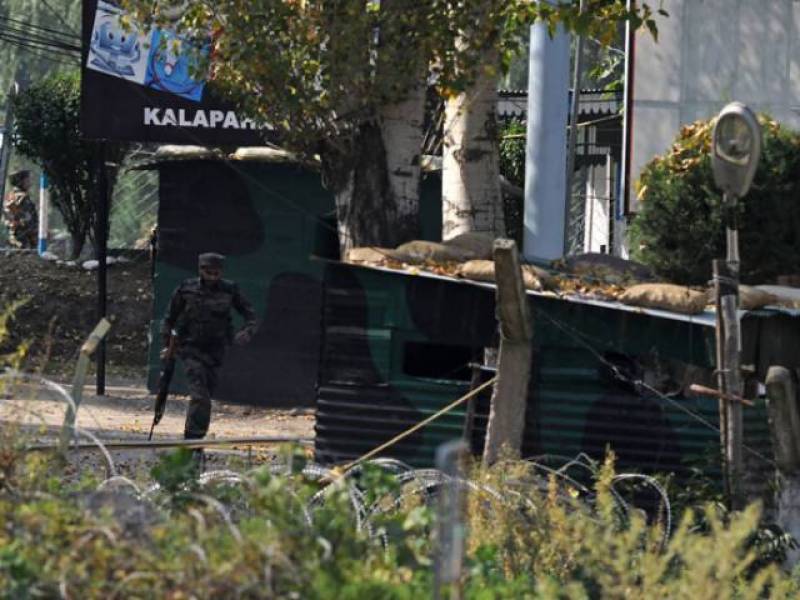 An unknown number of militants tried to break through the camp's perimeter in Baramulla town but were repelled by soldiers and paramilitares in heavy exchanges of fire, an army official said.