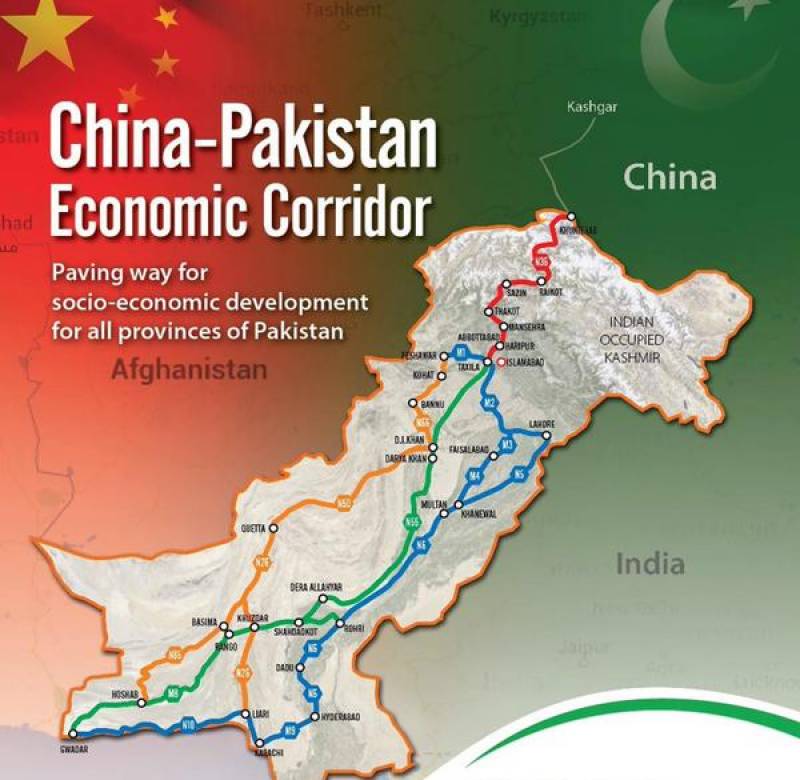 ISLAMABAD (APP): Minister for Planning, Development and Reforms, Prof. Ahsan Iqbal has said that Iran and Saudi Arabia's desire to join China-Pakistan Economic Corridor (CPEC) framework was a good step and Pakistan would welcome their involvement.

"We will welcome both the brotherly Islamic countries if they want to be part of CPEC," he told APP here.

Pakistan, he said, would also welcome and appreciate any friendly country which desired to participate in the multi-billion gigantic flagship project of "One Road One Belt" initiative launched by Chinese President, Xi Jining.

He said, CPEC, a trans-regional project, would benefit three billion people of the region through enhanced regional connectivity with Balochistan and Khyber Pakhtunkhwa provinces of the country to play instrumental role integrating the whole region.

It is a 15-year long project to be completed in 2030 by focussing on infrastructure development, Gwadar Sea Port, Energy and Industrial Cooperation, he added.

Terming CPEC as one the best and transparent projects where no transaction is directly made to government, he said that US$ 35 billion were to be utilized by the energy sector in the form of private sector investment while rest of the US$ 11 billion investment had to be made by the Chinese companies in the infrastructure sector under concessional financing mode.

About Western route of the CPEC, he said, work on Western Corridor was progressing in full swing and reaffirmed that the route would be completed by 2018.

He informed that 650 kilometers long Gwadar-Quetta section of the Western Route would be completed by December 2016.

Furthermore, he added that making this route operational Gwadar would get connected with not only to Quetta but also to Afghanistan.

With the completion of Western route, people living in the underdeveloped areas would witness new era of development and prosperity.

The Minister reinforced commitment of the government that the road projects on western passage were being given top priority.

He said that construction work on D.I.Khan - Hakla 285 Km Motorway fully funded through PSDP had already commenced by completing all the requirements including feasibility, design, land acquisition and approval in the shortest possible time.

He said that the connectivity of Gwadar to the national highway network will be established with completion of N-85 and M-8 highway projects by December, 2016 which also forms part of the western corridor alignment. The M-8 section Gwadar – Turbat -Hoshab (193 Km) has already been completed. M-8 project was approved in March, 1999 and N-85 in 2007 but these road projects remained un-completed till the pace of work on these projects was fast tracked by the present Government from 2013 onwards.

With the completion of these projects, Gwadar Port will be connected to the national highway network.

Ahsan Iqbal said that reconstruction of 110 km long Khuzdar - Basima road project was approved by the ECNEC on 26-05-2011, however, no physical work was initiated on the project.

The Khuzdar-Basima road project has been included as a short term project in CPEC Transport Plan by the present Government and construction work will commence soon by NHA.