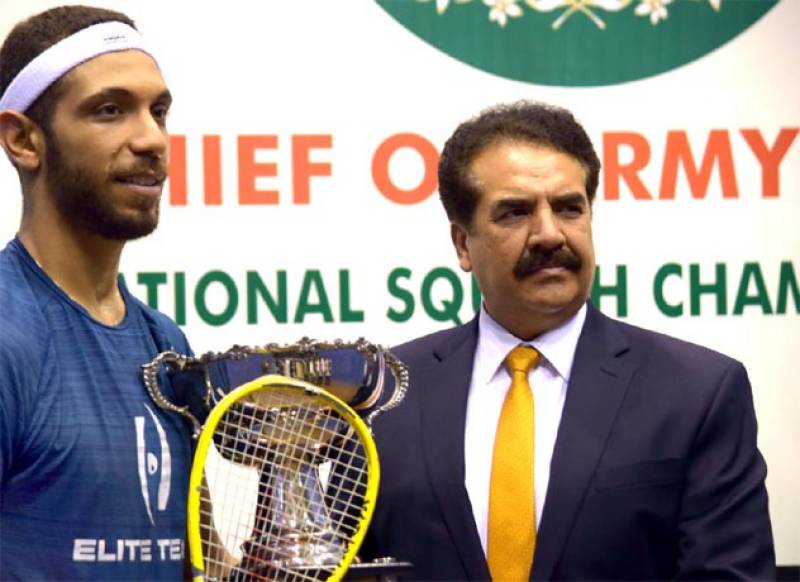 The COAS witnessed the match and gave away trophies and prizes to the winners.

Championship was organized by Army Sports Directorate in collaboration with Pakistan Squash Federation.

This Championship, an annual feature on the Pakistan Squash Federation calendar has been revived this year after a suspension for 8 years in a bid to woo international sports and contribute to building a healthy society.

Any misadventure by adversary will meet the befitting response: COAS

The COAS Congratulated the winners and organizers of the tournament.