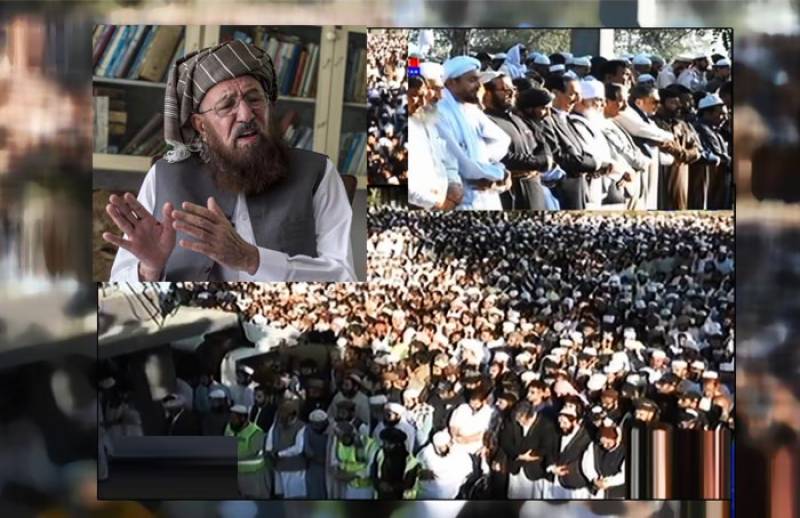 The funeral prayers of the influential religious scholar and former senator, who was stabbed to death at his residence in Rawalpindi a day earlier, were offered at the Khushal Khan College Ground.