Youth can take country to new heights of development: Ahsan
3 May, 2018 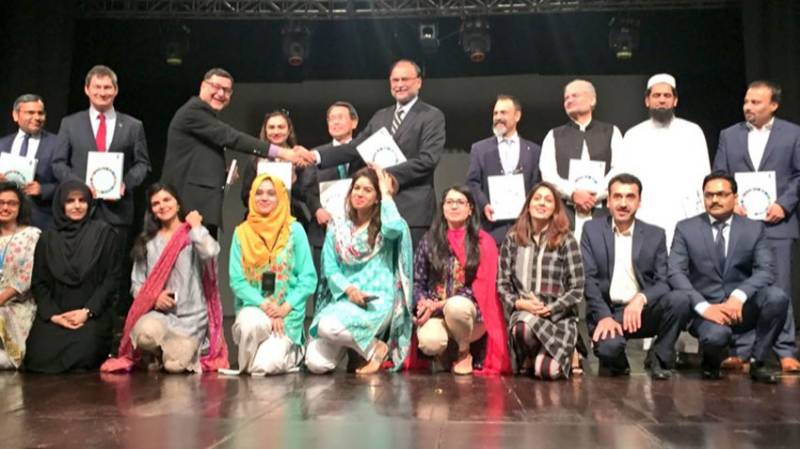 ISLAMABAD: Minister for Planning Ahsan Iqbal has urged the youth to play its role to project positive image of the country in the outside world.

Addressing at the launching ceremony of second National Human Development Report in Islamabad today (Wednesday), he said sixty four percent of the total population is below thirty which is an asset for Pakistan.

He said the nation has the capability to address all the challenges faced by the country as there is no problem which is insurmountable. He appreciated women for their great role in development.

Ahsan Iqbal pointed out that the incumbent government has invested heavily in the education sector over the last five years.

He said funds for Higher Education have been increased from thirteen to forty seven billion rupees.

Highlighting the importance of 'digital era' he said laptop scheme initiated by the PML (N) government has helped Pakistan to become number three E-Lancing country in the world.

The Planning Minister said four hundred Vocational institutes will be setup with the collaboration of provincial governments.

He promised that government will take the UNDP report seriously and will take action for the development of people.

Speaking on the occasion Chairperson BISP Marvi Memon said this report is beyond politics and facts shown in the report will be discussed in parliament.

In his remarks, Japanese ambassador to Pakistan Takashi Kurai said that his country has been supporting Pakistan since last sixty years and will continue to support it and UNDP. APP/AFP