This is why PM Modi's visit to China was a flop show: Indian Political Analyst
3 May, 2018 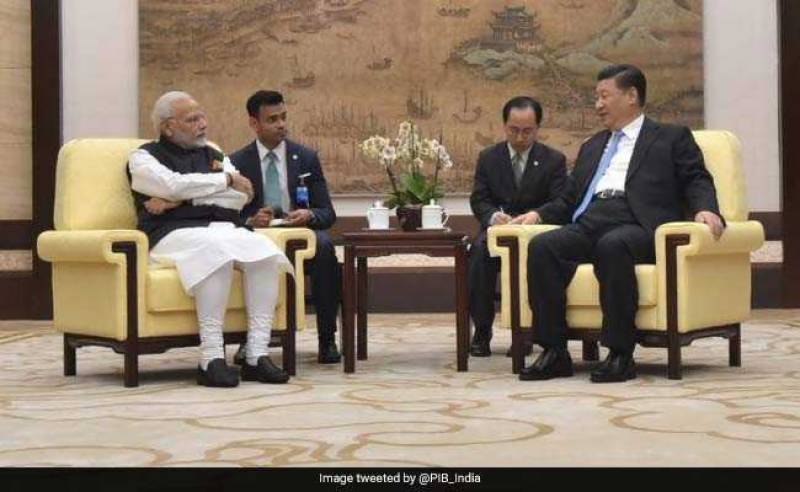 NEW DELHI - Now, as "the tumult and the shouting dies" over the Wuhan summit between Modi and Xi, two major questions remain: first, why were India-China relations in need of a "reset" after some 10 meetings between Modi and Xi over the last four years? Second, what have been the tangible outcomes, if any, of Wuhan?

The answer to the first question -- why was a "reset" necessary? -- is a sad commentary on the handling of foreign policy since Modi took over on May 26, 2014. He so personalised foreign policy, marginalising as never before his own External Affairs Minister, the hapless Sushma Swaraj, and outsourcing the making of foreign policy to a retired police officer, Ajit Doval, with Foreign Secretary Jaishankar acting as a handmaiden to the National Security Adviser, that professionalism was given the go-by. In consequence, our China policy was handled so incompetently that notwithstanding sharing a swing on the banks of the Sabarmati and Xi receiving Modi personally at the airport in his hometown of Xian, our bilateral relations with China dipped steeply even as the Chinese footprint all over South Asia spread from Nepal in the high Himalayas to Maldives at the crossroads of the Indian Ocean. Not only were bilateral tensions ratcheted up, "irritants" multiplied such as the Modi *sarkar* meretriciously boycotting the May 2017 international summit gathering in Beijing to launch the Belt and Road Initiative (BRI) attended by almost everyone else who matters (whether or not they went along with the Initiative).

Then came Doklam just a few weeks after BRI, and everything went spinning out of Modi's control. Modi, at that stage, withdrew from the frontlines, for once allowing the Foreign Office's China experts, specifically the afore-mentioned Jaishankar and our then Ambassador in China, the fluent Mandarin-speaking Vijay Gokhale, now Foreign Secretary, to take over diplomatic management. In consequence, the crisis was defused, but not till ever-friendly Bhutan was given the fright of its life, losing India both regard and influence in that country, and allowing Pakistan a smirk.

Xi Jinping is no need of serial hugging and photo ops. He and his government seek instant recourse to mechanisms set up during Rajiv Gandhi's truly historic visit to Beijing in 1988.

Rattled by the prospect of a mini-1962, Modi backed off -- which was just as well because Xi is no need of serial hugging and photo ops. He and his government seek instant recourse to mechanisms set up during Rajiv Gandhi's truly historic visit to Beijing in 1988, and subsequent steps such as the agreement on peace and tranquillity on the border negotiated by the PV Narasimha Rao government. Indeed, the Chinese must have wondered at the extremely casual manner in which the 2015 supplementary steps, concluded with China by Modi himself three years ago in 2015 to give additional teeth to the 2013 Manmohan-negotiated Border Defence Cooperation Agreement, were being implemented, such as the inexplicable and unforgiveable failure to "operationalize the hotline between the two Military Headquarters" agreed upon all of a thousand days ago, and the failure to assiduously adhere to the commitment to "annual visits by delegations from the Military Headquarters and neighbouring military commands".

The lesson to be learned is that when Modi takes it upon himself to personalise foreign policy, disaster strikes; when Foreign Service professionals are left to get on with the job, they find solutions.

As for the second question -- what are the "outcomes" of Wuhan? -- the sad answer is "Nothing". Realising that beyond soothing words, and the acknowledgement of China's dominance in India-China relations, there would be nothing to report, the BJP-RSS fielded their most articulate crisis manager, Ram Madhav, to cover Modi's retreat by proclaiming in <link>*The Indian Express <link>*, even before Wuhan quite got underway, "This meeting is not 'outcome-centric', it is 'understanding-centric'."

Oh, yeah? So perfect was the post-Wuhan "understanding" between Xi and Modi that the two leaders were unable to even issue a joint statement. Each side issued its own press release and the difference in tone and substance is embarrassingly palpable.

The Indian document stresses "the common threat posed by terrorism". The Chinese statement says nothing about terrorism being a "common threat"; indeed, it does not think India's primary foreign affairs concern and priority, namely, "terrorism", is even worthy of a passing mention. Any hope of Modi leaning on Xi to modify China's veto on Masood Azhar being designated a UN-recognised terrorist is thus dashed to the ground. The "irritants" remain, the scratching at scabs continues.

As for the other "irritant", Modi's desperate quest for membership of the Nuclear Suppliers Group in the face of China's adamant refusal to countenance this, Xi had Modi so overawed into silence that the Indians said nothing about NSG, and the Chinese said nothing. Clearly Modi's much-vaunted charm and charisma have serious limitations.

Amusingly, while any mention of Nehru is anathema to the Modi Doctrine, and, therefore the Indian press release makes no mention of Panchsheel, the Chinese emblazon in their release "the fine norms enshrined in the Five Principles of Peaceful Coexistence" and go on to describe the Five Principles (first "enshrined" in the 1954 India-China agreement on Tibet -- another anathema to Modi and his ilk) as "a stellar example of joint initiatives by the two countries". How much more pointed could the polite Chinese get to saying that Modi is no Nehru!

As for Team Modi's boast that Xi has agreed to holding a second "informal round" of Wuhan-like talks in India next year, the Chinese have confined themselves to saying "the leaders of the two countries will continue to maintain strategic communication in various forums". Various forums? Not even a hint of pursuing the agenda-less Wuhan informal bilateral track at summit level? The Chinese press release does not endorse the Indian claim that Modi and Xi "highly assessed the opportunity for direct, free and candid exchange of views offered by the Informal Summit", nor with the wholly Indian claim that they "agreed on the utility of holding more such dialogues". Evidently, after the hair-raising experience of Wuhan, the Chinese have become wary of Modi's preference for personalised diplomacy in scenic settings to provide media fodder for domestic electoral compulsions. They dislike diplomacy as event management.

The Chinese had agreed to accommodate Modi's eccentricities not to have an outcomes-*mukt*summit as Ram Madhav insists, but in the expectation, as Chinese Vice Minister Kong Xuanyou put it on the eve of Wuhan, that the summit would "set new goals and break new ground" (Xinhua, 24 April). On 26 April, the day before the summit, the Chinese official spokesperson, Ms Hua Chunying, was crystal clear about Chinese expectations: a "new starting point", not an "understanding-centric" meeting. The government-controlled Chinese press was blunter still. *The Global Times*, the Chinese government's English mouthpiece, expected Wuhan to be "as significant" as Rajiv's meeting with Deng in 1988. *The China Daily* hoped Wuhan would "live up to its billing as an unprecedented meeting".

In the event, Wuhan proved a damp squib. All it "achieved" (if "achieved" is the right word) was Xi putting Modi in his place and reiterating the need to get on with sincerely implementing everything already achieved over three decades from Rajiv Gandhi through Narasimha Rao and Atal Behari Vajapayee to Manmohan Singh.

Metaphorically slapping Modi on the wrist, Xi subtly reminded Modi that the world did not begin on May 26, 2014, in the muted hope that Modi would get on with building on his predecessors' achievements instead of strutting his 56-inch chest across the world stage. Unfortunately, Modi is so obsessed with himself that the Chinese are left praying that come the next general elections, they will have a serious PM to engage with in New Delhi.