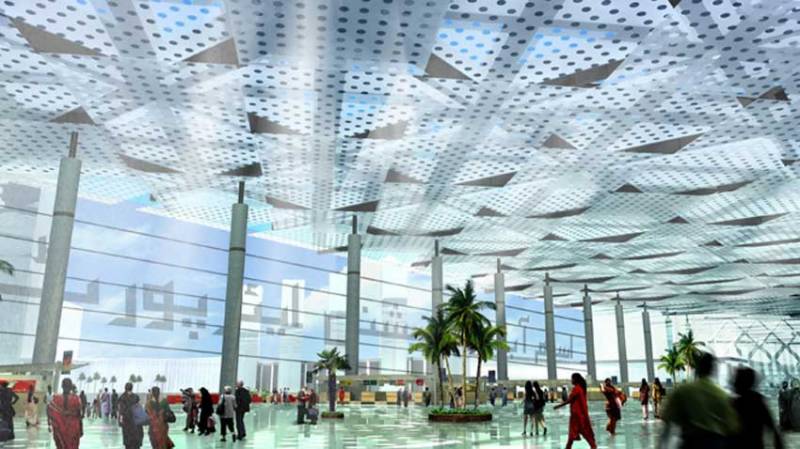 An aircraft of a private airline landed at the new airport on Thursday.

Earlier, the facility was inaugurated by Prime Minister Shahid Khaqan Abbasi on Tuesday.

The Y-shaped airport spans over an area of 4,238 acres of land and it is the first greenfield airport of the country.

Equipped with modern facilities, the airport has been completed at a cost of about one hundred and four billion rupees. APP/AFP