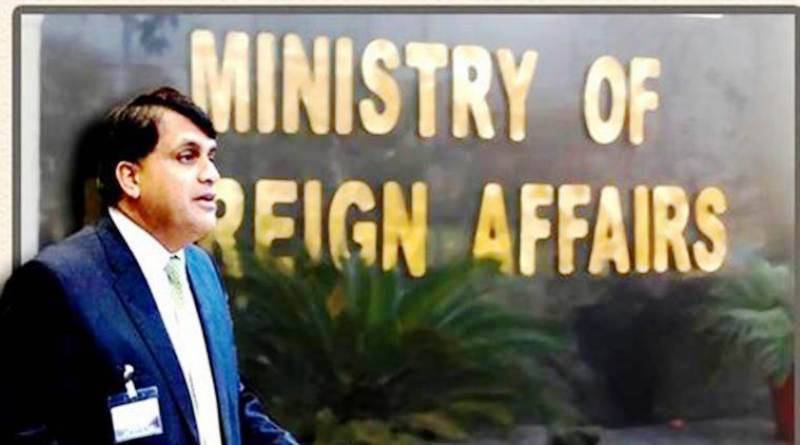 ISLAMABAD – Pakistan has called upon all the parties to honor their commitments regarding the implementation of Iran nuclear deal also known as joint Comprehensive Plan of Action (JCPOA).

Foreign Ministry spokesperson Mohammad Faisal while responding to a question at his weekly news briefing in Islamabad on Thursday said the JCPOA represents a very good example of international cooperation and the settlement of disputes through negotiations.

“We fully support the deal and call upon all the parties to honor their commitments, all countries should trust the competence of the International Atomic Energy Agency (IAEA) to provide assurances regarding the implementation of the deal,” he said.

He went on to say that there is no organized presence of terrorists on Pakistan’s soil; however the porous border between Pakistan and Afghanistan invites opportunities for movement of terrorists from either side.

In his opening remarks the spokesperson said Pakistan-Russia friendship is fast evolving into a mature partnership.

He said relations between the two countries are today characterized by mutual trust, commonality of interests, and convergence of views on important regional and global issues.

“Both countries have similar stakes in durable peace and stability in their common neighborhood, and harbour shared aspirations for regional development and prosperity,” he said.

He added Pakistan welcomes the historic Summit between President Moon Jae-in of the Republic of Korea and Chairman Kim Jong Un of the Democratic People's Republic of Korea at Panmunjom on 27 April, 2018 and hopes that it would lead to lasting peace, prosperity, stability, reconciliation and cooperation between the two Koreas as well as in the region.