Pakistan in talks with friendly country over export sale of JF 17 Fighter Jets
3 May, 2018 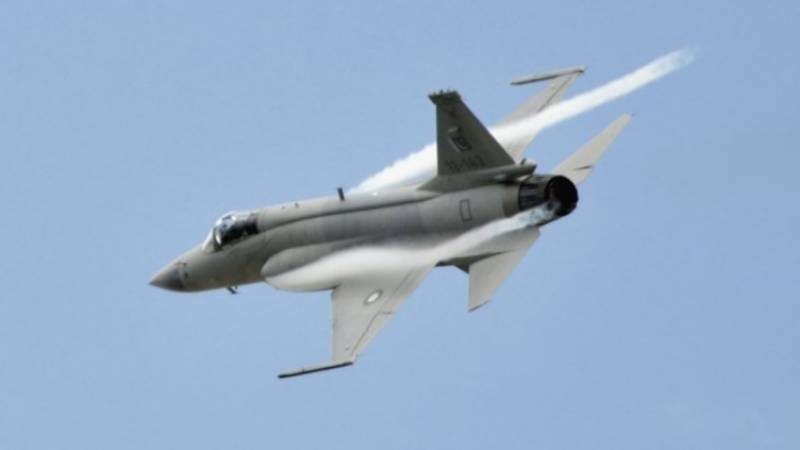 ISLAMABAD - Pakistan and Malaysia are in preliminary discussions about the potential export of the Pakistan Aeronautical Complex/Chengdu Aircraft Industry Corporation (PAC/CAC) JF-17 Thunder combat aircraft, an official from PAC has confirmed to *Jane’s* .

Speaking at the Defence Services Asia (DSA) 2018 exhibition in Kuala Lumpur on 16 April, the PAC official – who did not want to be identified – said the two governments have had “primary level talks” about a potential sale of the single-engine fighter in order to meet the air combat requirements of the Royal Malaysian Air Force (RMAF).

“We are aware of the potential requirements in Malaysia for cost-effective fighter aircraft,” he said. “There have been no serious talks but through government-to-government channels there have been what we can describe as primary level talks about the JF-17 programme.”

In supporting a potential deal for Malaysia, the official said that PAC is willing to enter collaborative partnerships with local industry through which technologies could be transferred to facilitate either localised component manufacturing or maintenance, repair and overhaul (MRO). “Of course, the industrial engagement would depend on the sale of the Malaysian requirement,” he said.

Malaysia initially expressed an interest in the JF-17 several years ago. *Jane’s* has previously reported that Malaysia’s high commissioner to Pakistan said in December 2015 that Malaysia was considering purchasing the JF-17 and might make a decision “very soon”. However, Malaysia’s defence minister denied the story the following day.

Malaysia’s requirement stems from continuing delays in the RMAF’s programme to procure a twin-engine multirole combat aircraft. This programme, which was announced more than a decade ago, has been hindered largely due to a lack of funds.