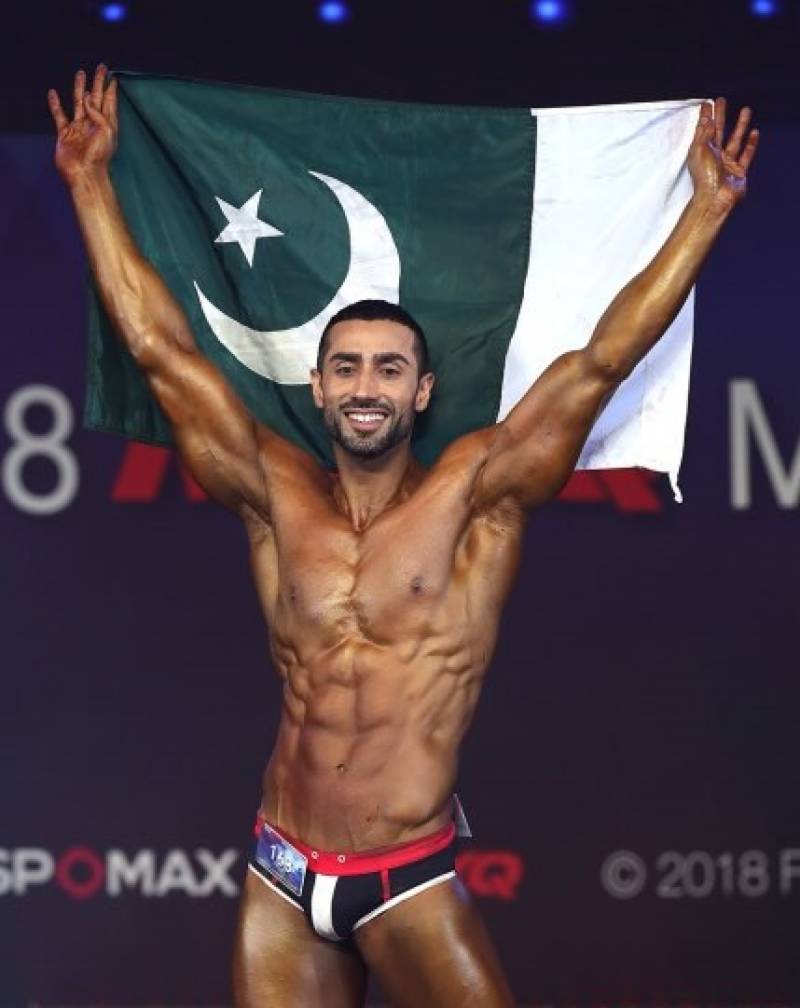 SEOUL - Pakistani male fitness model living in South Korea, Jamal Saud, made history after winning the Musclemania Body Building 2018 Orient Championship, becoming the first ever foreigner in the history of the competition to do so.

The fitness model also informed that the Embassy of Pakistan in South Korea had contacted him and congratulated him over the great victory, and nominated him for the ambassador’s award.