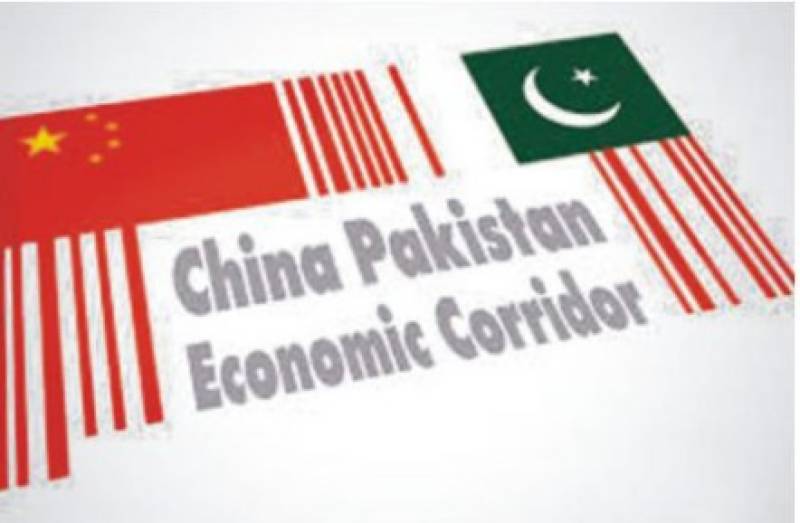 ISLAMABAD - their future generations Pakistan, Iran and China stand poised to transform trade and investment in the region through China-Pakistan Economic Corridor. Pakistan has always enjoyed favourable strategic position in its region. This explains China’s long standing interest in the country and its willingness to support the CPEC, which is a US $62 billion economic project.

The economic corridor, seen as a pivotal stepping stone in the all weather China Pakistan relationship, will connect China’s autonomous Xinjiang region to Pakistan’s Gwadar Port. Opening new doors of economic opportunities in the region, around 3000 km mega project will have significant implications that can definitely change the dynamics of global economy and politics. This will help strengthen Pakistan’s economy and cement its position in the region. For China, CPEC will open new routes to the oil rich Middle East via the Arabian Sea. It will reinforce inter regional ties and enable the region to stand on its own, with minimal reliance on the West. Worrisome for a few, many countries are eyeing the US$62 billion corridor with interest.

Pakistan has welcomed the wish of Central Asian Stated to join China Pakistan Economic Corridor. Much more than the other Central Asian States Tajikistan has responded significantly. Even Russia, which has had, at times, a tumultuous relationship with Pakistan, is now eager to honour the heart of the economic corridor.

With the possible inclusion of these new states, the possibility of CPEC becomes more tangible and resilient undoubtedly. For Pakistan, Iran’s inclusion will increase and multiply the corridor’s advantages and significance.

For this reason, Pakistan extended an invitation to Tehran, which Iran reciprocated warmly and very timely. Iran’s economic growth has been stunted by global sanctions due to its nuclear program over the years. Iranian nuclear game, when implemented, will open up with new possibilities ahead. With ten percent of the world’s proven oil reserves, Iran’s entrance into the business world has gotten Pakistani trade and economic representatives to scramble Iran with the intention of win Iranian business interest.

With billions of dollars worth of Iranian funds entering the global economy, nations are tweaking their financial plans to accommodate this surge of income. The oil rich nation’s admittance into the global market will drastically change the global oil market as well. Energy hungry/starved China is looking for alternative routes to import oil. With Iran in the loop China can double down on its access to Iranian oil. The dream of the Iran Pakistan gas pipeline can be completely realized.

For Iran, China Pakistan Economic Corridor will provide the country with much needed accessibility to the east. For China, the corridor will provide an alternative route to the Gulf region through the Arabian Sea. The cost effective route will make it possible for China to expand its interactions with the markets of Central Asia, Middle East and Africa.

With Iran’s opening up, Chinese exports could become increasingly competitive in Iran and onward. Iran is eyeing as much as US$100 billion worth of energy deals in near future and Iranian abundant oil and gas reserves could find thriving demand in China as well.

The benefits of China-Pakistan Economic Corridor for Pakistan have already started showing. This economic corridor will provide Pakistan with the perfect opportunity to stabilize itself economically while cultivating ties with Iran, Afghanistan and Tajikistan in particular and rest of the Central Asian States in general. Proudly elaborating that the world’s largest explosives manufacturer, Beijing Auxin Chemical Technology Limited, is all set to establish a plant in Pakistan.

This Company will manufacture emulsion explosives which will meet the future demand of explosives and blasting accessories in the light of CPEC, large-scale mining and hydroelectric projects. Energy production being the current core concern of development Pakistan is expected to take a major leap forward.

The Thar coal projects have been lined up as priority projects and part of CPEC which in combination with two other harvest projects will be able to generate up to 2400 megawatts of power current year of 2018. An agreement for the Lahore Orange Line Metro Project is also completed earlier this April. This multi-million dollar deal marks the first urban rail transit project in Pakistan under the One Belt, One Road Chinese framework. Apart from the obvious benefits to Pakistan’s power production, logistics, transportation, communication and freight handling industries, CPEC will also immensely benefit the country’s real estate running along the trade corridor.

With all this development going on, China, Pakistan, Iran and South Asia are looking up and huge affinities in interregional trade could be just around the corner. Iran’s decision to join China-Pakistan Economic Corridor would not only usher in an era of improved standard living across the Iranian and Pakistani Baluchistan region by facilitating trade among China, Iran and Pakistan but provide a cost-effective gateway to the Gulf region for other Asian country like Russia also.