Nawaz will contest against Shehbaz, Hamza: Fawad Chauhdry
3 May, 2018 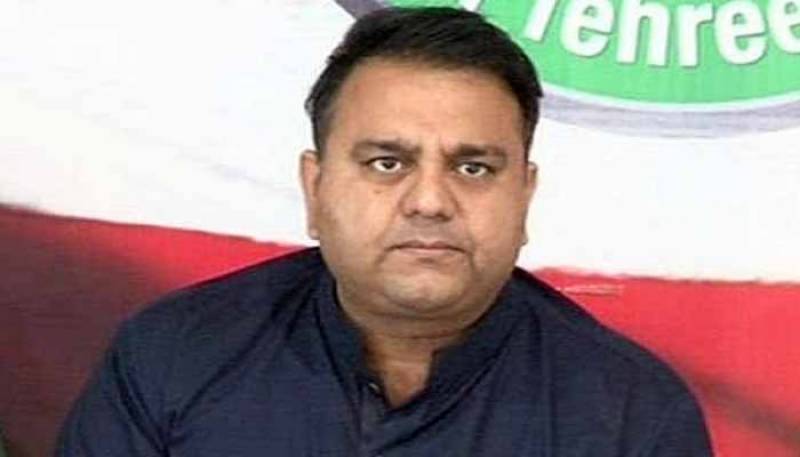 “Nawaz will not contest against Pakistan Peoples Party (PPP) or Pakistan Tehreek-e-Insaf (PTI) but Shehbaz Sharif and Hamza Shehbaz,” the PTI leader said.

Chaudhry’s statement comes in response to Nawaz’s statement that he is not contesting against the PPP or PTI but “outside beings”.

Taking a hit at Nawaz's GT Road rally which was held shortly after his disqualification, the PTI leader said, “First in Rawalpindi, Nawaz claimed that he will reveal the conspiracy that is being hatched against him, he then proceeded to Jhelum where he said the same and then in Gujranwala too.”

“Nawaz has become a victim of frustration and confusion after his disqualification and is fast headed towards his end,” the PTI leader said.

Earlier today, while interacting with reporters inside the accountability court hearing corruption cases against him, the three-time premier said “outside beings” are busy working on installing a Parliament of their choice.

The Pakistan Muslim League-N (PML-N) supremo asserted that the present times are not an era of the Mughal kingdom, when all power wrested in one hand, asking where the writ of the Parliament and government has gone. APP/AFP