NAB drops the last bomb shell on Nawaz Sharif
3 May, 2018 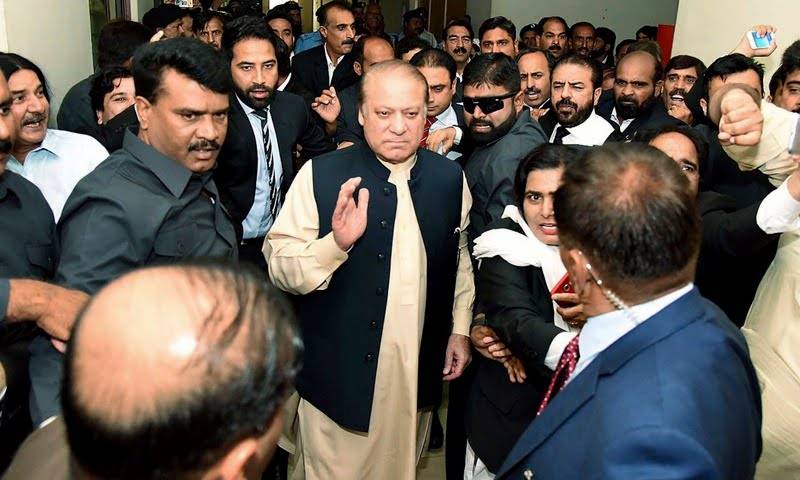 Sharif and his family are facing three corruption cases in the Accountability Court-I after the National Accountability Bureau (NAB) filed references against them following the Supreme Court’s verdict in the Panama Papers case.

The investigating officer Imran Dogar informed the court that the NAB investigation proves that Sharif, 68, was the owner of the Avenfield properties, the London flats, while he was holding public office, the Dawn reported. Dogar stated that Sharif used offshore companies Nielsen and Nescoll Ltd to buy the properties in London while he was the actual owner of the apartments, it said.

He said that during investigations, the accused were unable to provide their sources of income and that the properties have been in ownership of the Sharifs since 1993. He said the trust deeds submitted by Sharif’s daughter Maryam Nawaz were proven to be fake, alleging that in acting as benamidars for Sharif, his children Maryam, Hassan and Hussain aided their father in his crime.

“Investigations reveal that the accused were found involved in corruption and corrupt practices,” Dogar said, adding that the accused had failed to appear before the NAB despite being notified twice — on August 18, 2017 and December 28, 2017.

Most of the findings submitted in the court today were also mentioned in the joint investigation team (JIT) report presented to the Supreme Court in the Panama Papers case last year and had led to the apex court ordering the filing of references against Sharif, his children and former finance minister Ishaq Dar.

The trial against the Sharif family had commenced on September 14, 2017.

The corruption cases, filed against the Sharifs, pertain to the Al-Azizia Steel Mills and Hill Metal Establishment, offshore companies including Flagship Investment Ltd, and Avenfield properties of London. Nawaz and sons Hussain and Hasan are accused in all three cases while his daughter Maryam and son-in-law Safdar are accused in the Avenfield case only.

Last month, the Supreme Court, in a landmark judgement, declared Sharif ineligible to hold public office for life, ending the political future of the three-time premier ahead of this year’s general elections.

Sharif was disqualified to hold the office of the prime minister by the Supreme Court on July 28, 2017 in the Panama Papers case. He was disqualified for not being “honest and righteous” as he failed to declare in 2013 a salary he got from the company of his son in the UAE.

In February, the apex court also disqualified Sharif as the head of the ruling Pakistan Muslim League-Nawaz (PML-N).