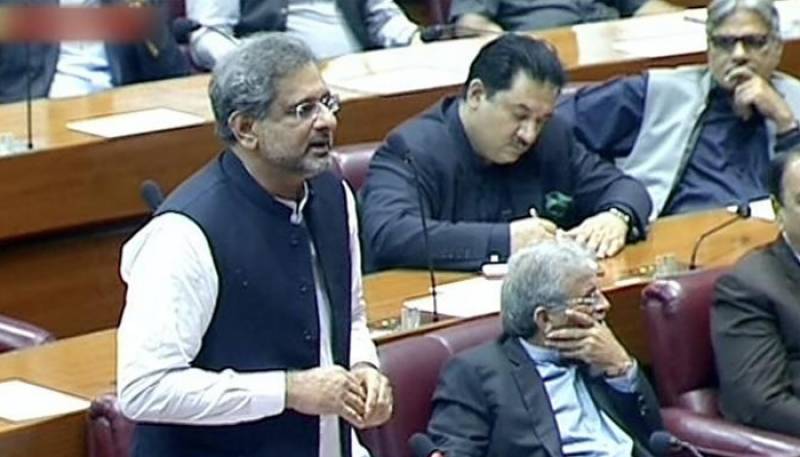 ISLAMABAD: Prime Minister Shahid Khaqan Abbasi has announced that the local bodies elections in FATA would be held before October 2018.

“The mainstreaming process of FATA will be completed within the tenure of PML-N government,” PM Abbasi assured. “All opposition parties and stakeholders would be consulted on the process.”

“The process should be completed within the remaining period of this parliamentary tenure as we want the parliament to play its role,” he added.

Tenure of the incumbent government is ending on May 31.

“The Jurisdiction of the Supreme Court and high court had already been extended to FATA,” the PM said.

Agency Development Fund, collected as a levy in the tribal areas, has also been abolished.

“The FATA Reforms Implementation Committee has decided to spend Rs.1 trillion in the tribal areas over the next 10 years,” he said. “The purpose is to develop tribal areas at par with rest of the country.”

The premier further said the matter will be discussed at the next meeting of Council of Common Interest, hoping that it will be approved.

On April 10, the political agent of Mohmand had withdrawn the levy on 38 items. It was being collected at the entry and exits points of the agency.

For years, the people of FATA have complained that the fund collected by the government was not being used for the uplift of Tribal areas.

The government was committed to provide all required funds for the development of FATA, the PM added. APP/AFP