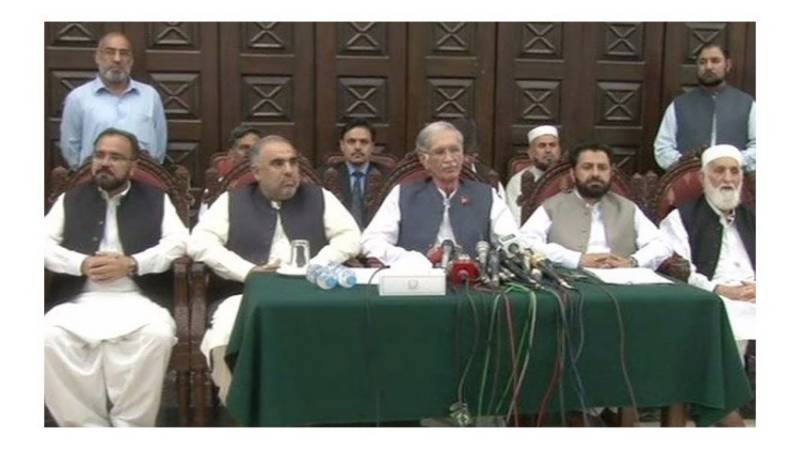 PESHAWAR - Pakistan Tehreek-e-Insaf and Jamat-e-Islami have parted their ways as coalition partners in the Khyber Pakhtunkhwa government.

This was announced in a joint press conference by Chief Minister Pervez Khattak and Minister for Local Government Inayatullah Khan in Peshawar today.

They said during the coalition government, both the parties effectively worked for the supremacy of Islamic values, restoration of merit and eradication of corruption in the province. Pervez Khattak said due to coordinated efforts net profit of hydel electricity has been increased to twenty-seven billion rupees annually from next year.

He said we are parting with a positive note for the greater cause of democracy.