Israel’s secret nuclear programme has most dangerous nuclear weapons of the World: Report
3 May, 2018 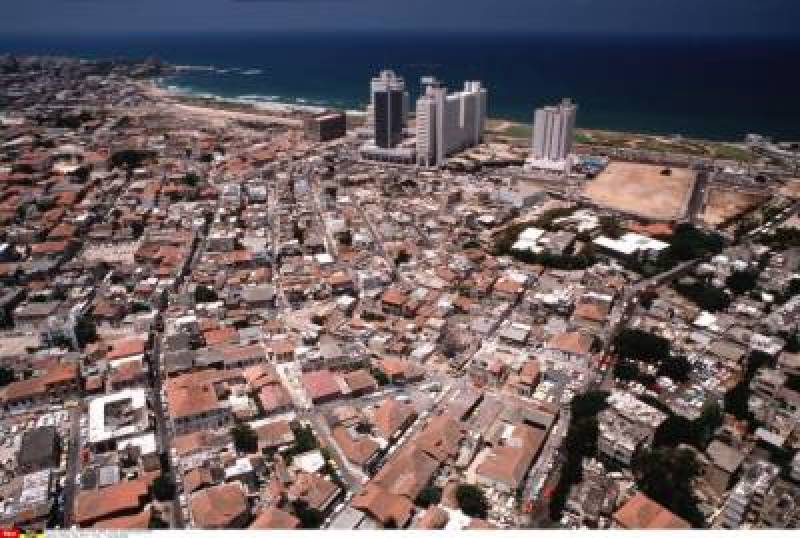 On Wednesday, US Senate Foreign Relations Committee Chairman Bob Corker said that President Donald Trump will almost certainly pull the United States out of the 2015 international nuclear agreement with Iran this month if no changes are made to the agreement.

Israeli Prime Minister Benjamin Netanyahu in a televised address on Monday said Tel Aviv had proof Iran maintained a nuclear weapons program despite signing the nuclear agreement, which is officially known as the Joint Comprehensive Plan of Action (JCPOA).

However, Paul said Netanyahu’s outrage over Iran was ironic and misplaced.

"To any well-informed observer, it is ironic that <link> <link> Israel <link> , whose own secret nuclear arms program is by far the most dangerous in the region, would be complaining about the possibility of nuclear weapons in a neighboring state," he said.

Unlike Iran, <link> <link> Israel <link> had a well-documented large arsenal of nuclear weapons that were ready for use, Paul pointed out.

"Israel actually has real, battle-ready nuclear weapons and has possessed them for some time. Has Washington complained or threatened to take action? Of course not!" he said.

"We live in an Alice-in-Wonderland world where the nuclear arms of unfriendly states are considered a threat to world peace and nuclear arms of allies are seen as sensible and defensive," he said.

Netanyahu’s presentation on Monday appeared designed to give political support to Trump if he pulled the United States out of the JCPOA, Paul commented.

"I find it difficult to predict what impact Prime Minister Netanyahu’s press conference will have on the future of the Iran nuclear deal, though his dramatic presentation probably will provide a certain amount of cover for President Trump’s expected decision to pull out of the deal," he said.

Netanyahu’s remarks were likely to create doubt in the public mind about the reliability of the deal as a peacemaking instrument, Paul observed.

"Those in the know are well-aware that Netanyahu has long been beating the drum on Iranian nuclear weapons and so his claims are not anything new and certainly not surprising. Further, the evidence he has presented is about programs in the past, well before the nuclear deal was agreed," Paul said.

Netanyahu’s arguments and alleged documentation, according to many experts did not provide any new or game-changing evidence to the issue of Iran’s nuclear program that was resolved in the 2015 agreement, Paul pointed out.

"Nor, it seems, is there any evidence in this huge trove of documents to suggest that Iran has a nuclear arms program at present, in contravention of the deal," he said.

Netanyahu had provided no credible new reason for scrapping the 2015 agreement, Paul noted.

"In the present case, there is an agreement with Iran in place, painstakingly negotiated, and there remains a very solid international backing for it. In spite of efforts from Washington, the other foreign powers that signed on are still sticking with the agreement and arguing in its favor," he said.

The other signatories to the JCPOA had expressed support for the International Atomic Energy Authority (IAEA) and not the Israeli secret intelligence services for providing the evidence of compliance, Paul added.

Paul said the inaccurate evidence the United States and the United Kingdom had claimed about Iraq’s alleged Weapons of Mass Destruction program before the 2003 Gulf War provided more reason to be cautious and skeptical about Netanyahu’s claims on the Iranian nuclear issue now.

"In 2002 and 2003, we were assured by the CIA and MI6 that Iraq had weapons of mass destruction of all kinds and in great numbers. The US and its British allies fought a war to ‘disarm’ Iraq but found none of the weapons they said they would find," Paul said.

The United States and <link> <link> Israel <link> , backed by Saudi Arabia and other Arab nations, were likely to follow up scrapping the JCPOA by increasing the scale of their unsubstantiated claims against Tehran, Paul warned.

"If Trump leaves the deal, will Washington and Tel Aviv make further claims of the same type sometime in the near future? Saudi Arabia and its Arab allies will be cheering," he said.

Such allegations could then prepare the ground for a full-scale war against Iran, Paul cautioned.

"Might Trump and Netanyahu launch military strikes or even try to invade Iran, on grounds of disarmament? It is a frightening prospect," he said.

James Paul served as Global Policy Forum Executive Director from its foundation in late 1993 through the end of 2012 and was the representative to the International Federation of Human Rights at the United Nations.

Paul has received the World Hunger Media Award and a "Peacemaker" award from the Nuclear Age Peace Foundation.