Heatwave warning issued as temperature may reach 45 degrees
3 May, 2018 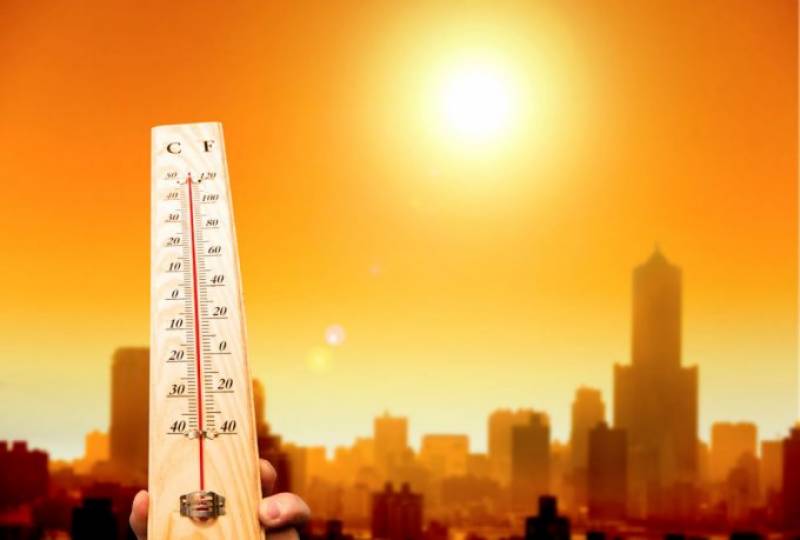 ISLAMABAD: Heatwave warning has been issued by the weather department for several cities.

The Pakistan Metorological Department has stated that the mercury is likely to reach 45 degrees centigrade. The humidity level is expected to remain between 65 to 75 percent.

Mohammad Farooq Mughal, a spokesman of the weather department, said that the mercury reaches 50 degrees centigrade in the southern parts of the country, however a two percent increase has been recorded this year, which is unusual.

The met department has predicted rain for the upper parts.

Precautions for avoiding the heatwave

Medical experts have advised people to take precautions in order to keep themselves safe from the heatwave.

People should avoid going out from their homes and offices unless important and keep themselves hydrated and keep a wet handkerchief at all times.

They added that the people should drink ORS if they are feeling weak but avoid consuming beverages from makeshift stalls as typhoid is rapidly spreading in the city. APP/AFP