Have Imran Khan and Chaudhry Nisar met secretly?
3 May, 2018 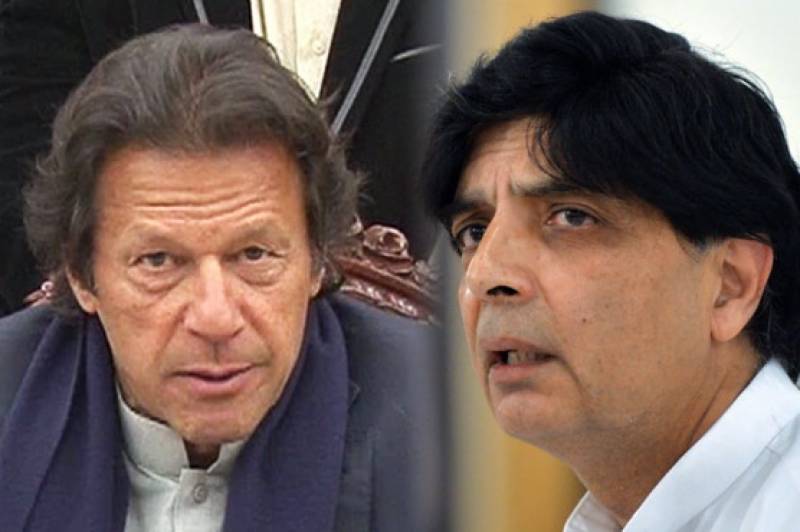 Imran Khan while giving an interview to prominent anchor Hamid Mir did not respond to a question about his last meeting with PML-N stalwart Chaudhry Nisar Ali Khan. The politician avoided answering the question about his repeated offers to Nisar to join PTI.

"Should we assume that you have met Nisar," Hamid Mir asked, to which Imran refused to respond.

"We know that it is uncharacteristic of Imran to conceal some things; it seems like he has already met Nisar," said Mir.

This has given a strong notion that both have met recently.

In response to a question about the possibility that a simple majority would not be obtained by any party in the National Assembly elections, Imran stressed that a hung parliament would not serve the country well.

He opined that contesting the upcoming elections as independent candidates would not strengthen democracy.

"Candidates should stand with an ideology."