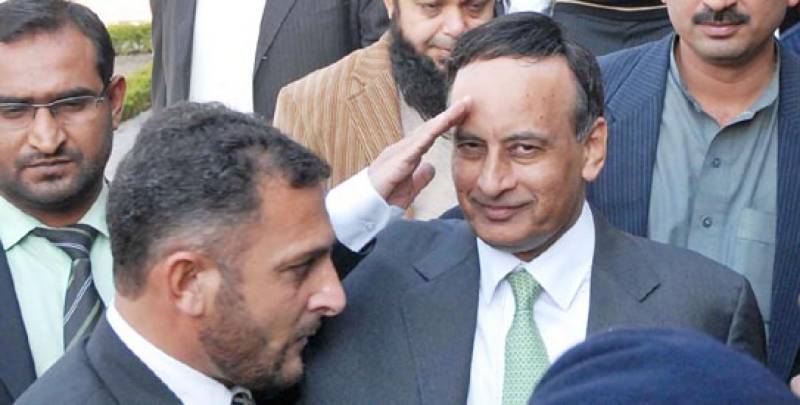 WASHINGTON: The United States State Department has responded over the news of alleged exchange of Hussain Haqqani for Shakil Afridi.

US official has denied reports of a supposed deal underway with Pakistan for extradition of former Pakistan ambassador Husain Haqqani reportedly in exchange for Shakeel Afridi, the doctor who helped CIA track Osama bin Laden.

"Absolutely not," a spokesperson for the US State Department replied, when asked if any such deal was at play. According to some media reports, the director general of Pakistan's Federal Investigation Agency (FIA) had told the Supreme Court that the American authorities were contacted regarding Haqqani's extradition, and that the Americans said 'you too have our man.'

The Foreign Office of Pakistan, a day ago, also clarified its position saying that there was no deal being made with the US to hand over Shakeel Afridi in exchange for Husain Haqqani.

Soon after Osama bin Laden was killed in May 2011 in a US raid in Abbottabad, the US media reported that Afridi had contributed to the success of CIA operation by collecting DNA samples of bin Laden's family. Afridi was later arrested and sentenced to 33 years for involvement in anti-state activities by a tribal court in 2012. <link> <link>

"There is no deal with the US to exchange Dr Shakil Afridi for Husain Haqqani or Aafia Siddiqui," an FO spokesman had said.

"The extradition process in the United States is governed by relevant treaties and domestic statutes," the State Department spokesperson said.

"It is not used to 'trade' prisoners."