Contesting against 'outside beings', not PPP and PTI: Nawaz
3 May, 2018 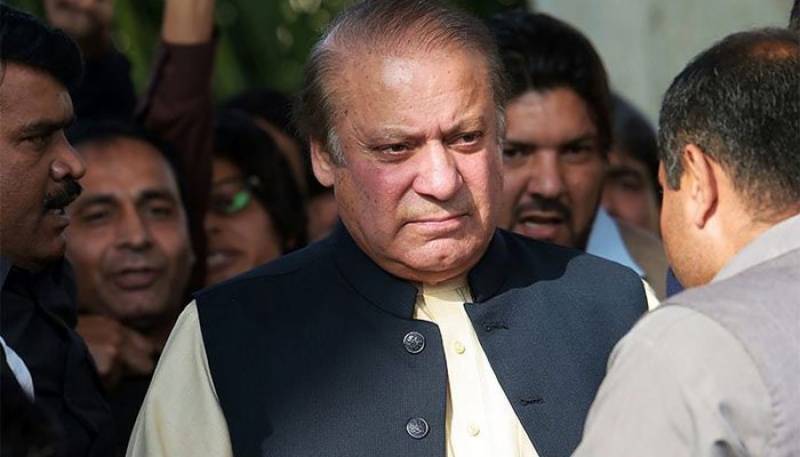 ISLAMABAD: Former prime minister Nawaz Sharif claimed on Thursday that he is not contesting against the Pakistan Peoples Party (PPP) or Pakistan Tehreek-e-Insaf but ‘outside beings’.

Interacting with reporters inside the accountability court hearing corruption cases against him, the three-time premier said the ‘outside beings’ are busy working on installing a Parliament of their choice.

The Pakistan Muslim League-N (PML-N) supremo asserted that the present times are not an era of the Mughal kingdom, when all power wrested in one hand, asking where the writ of the Parliament and government has gone.

Referring to PPP supremo Asif Zardari’s backtracking from his reported statement against Nawaz, the PML-N chief wondered on whose instructions news channels aired the ‘breaking’ news if Zardari did not make the remarks.

With regards to the National Accountability Bureau chief’s recent statement that the bureau’s sun is shining on the entire country, Nawaz said the authority is giving exemptions to people in Sindh.

Zardari had claimed on Monday that Nawaz had taken every opportunity to discredit him by making him fight with the establishment while he himself extended a hand of friendship towards them.

Responding to the remarks, Nawaz said on Tuesday that Zardari’s recent statement does not befit the head of a national party, adding that he does not want to engage in a war of words with the former president.

However, Zardari later claimed he never made any such remarks that were attributed to him in the media.  APP/AFP