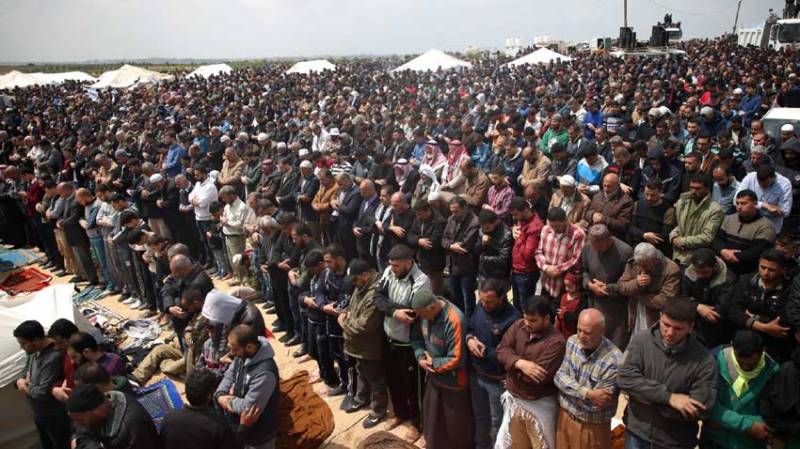 ISLAMABAD: In occupied Kashmir, Indian troops have martyred 197 people during protests till date in the ongoing uprising that started after the martyrdom of young Kashmiri leader, Burhan Muzaffar Wani, on 8th July 2016.

According to a report, the troops in order to suppress the uprising used bullets and pellets during the period injuring 21,600 people.

Meanwhile, the High Court Bar Association in a statement in Srinagar strongly condemned the remarks made by newly sworn-in puppet Deputy Chief Minister, Kavinder Gupta, that abduction, rape and murder of the eight-year-old girl in Kathua is a “small matter” which should not have been given such a big hype.

A Delhi-based media watchdog, The Hoot, in its latest report said that media freedom continued to deteriorate in the first quarter of 2018 in India. It said that internet services were suspended for seven times in occupied Kashmir. APP/AFP