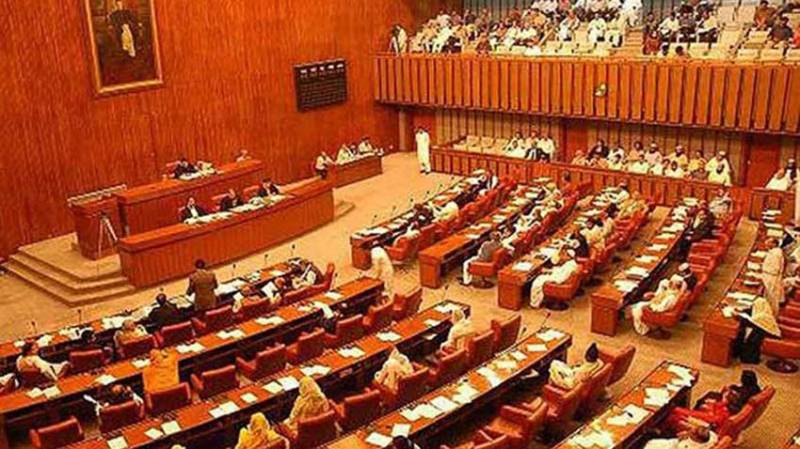 ISLAMABAD: The Senate continued debate on the federal budget for next fiscal year.

Taking part in the debate, Lt. General (R) Abdul Qayyum said that the government has presented a pragmatic budget.

He said that the PML-N government has added 12230 megawatts of electricity in the national grid by completing various energy projects which include Neelam-Jhelum, enhancement of Tarbela Power Station, LNG based power projects, Coal Fired Power Plants, and Nuclear and Renewable Energy Projects. He said several other projects are also in the completion phase.

Commenting on higher level of foreign debt, he said imports usually increase when development projects like energy and connectivity are underway.

Senator Qayyum said the government welcomes constructive criticism from the opposition benches but they should refrain from hurling baseless allegations.

PTI Leader Azam Khan Swati stressed the need for enhancing tax base in the country. He emphasized on reforming and facilitating the agriculture and energy sectors.

Sitara Ayaz of ANP said that new budget does not seem pro-poor. She said the government should further facilitate smaller provinces to bring them at par with developed parts of the country.

PPP Leader Sassui Palijo said that nothing significant has been presented for Sindh and other smaller provinces in the new budget.

PTI Leader Faisal Javed said that indirect taxes have been increased in the budget and it does not entail anything to provide relief to common masses. He said that the number of tax filers has declined instead of going up. He said stressed the need for taking steps to curb corruption to revamp Pakistan’s economy.

PML-N leader Ghaus Muhammad Khan Niazi said the government launched tax amnesty scheme to facilitate overseas Pakistanis to bring back their money and invest it in Pakistan. He said nobody will invest in Pakistan if he is not sure of protection of its money.

The House was adjourned to meet again at three p.m. tomorrow (Thursday). APP/AFP