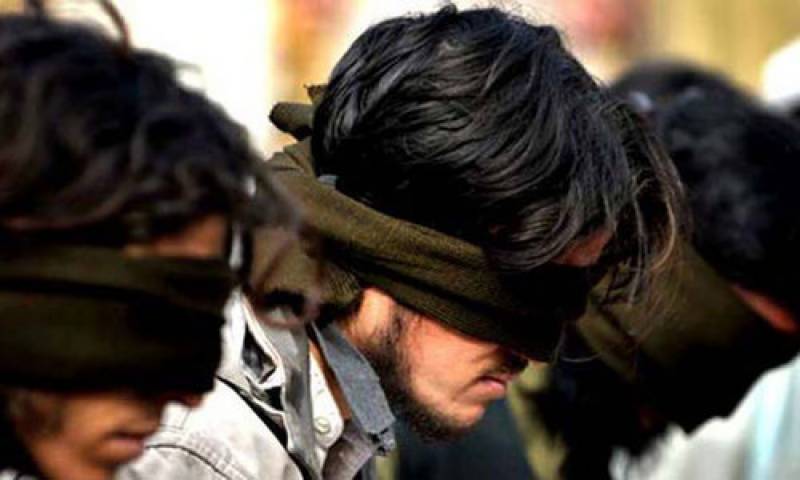 HYDERABAD:The Hyderabad Police Friday arrested an Indian backed group of terrorists involved in various attacks in the country, which was planning more strikes.

He said that the terrorists were arrested after a raid at a house in Aliabad area in Hatri adding that the technical and human intelligence helped the police catch the suspects.

The DIG said the terrorists engaged the police in an exchange of fire before being arrested.

Muzaffar Nagraj was commander of the group who had acquired terrorism training from India, the DIG said.

He informed that the group was involved in December 2016 attack on Chinese nationals at Rohri Bypass in Khairpur in which two Chinese and a Rangers personnel were injured.

The group was also involved in Mehrabpur railway track blast. It had placed a bomb, a few hundred meters away from entrance of Mehran University of Engineering and Technology (MUET) and explosion in Qasimabad on January 29, he added.

"The group had planned to attack a rally of Jamatud Dawa on Kashmir Day (Feb 5) in a bid to spark sectarian rift, but the strong security arrangements on that day prevented the attack," he said.

Odho said the police would share further details about the terrorists as the investigation moved ahead.

He said the terrorists belonged to a new group Sindh Revolutionary Army, an offshoot of the banned outfit Jeay Sindh Muttahida Mahaz. The elements believing in a separate Sindh were part of that group, he added.

Meanwhile, Muzaffar Nagraj confessed in front of the media that he had received 20 days training in India. "I was trained in making and exploding bombs and using weapons," he said.

He also revealed that he had traveled to India by sea from Badin district.

Muzaffar Nagraj told that their leader Asghar Shah abetted them with the dream of freedom of Sindhu desh through an armed struggle.

The Inspector General of Police Sindh A.D Khawaja has announced Rs 500,000 reward for the police team which arrested the suspected terrorists.APP/AFP