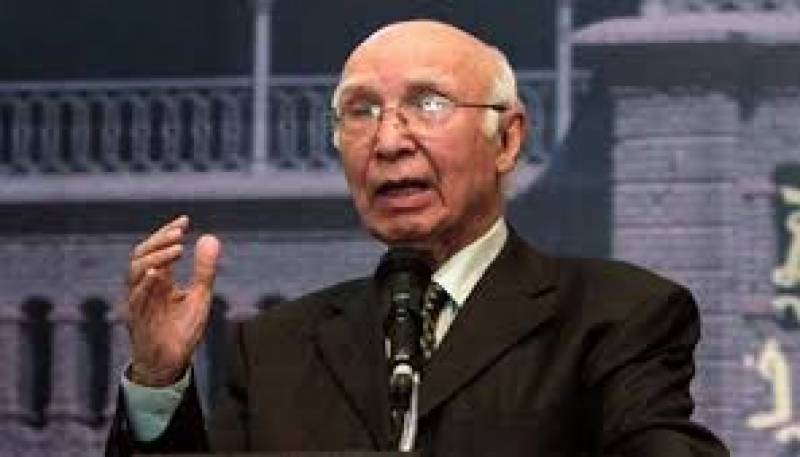 ISLAMABAD: Advisor to PM Nawaz on Foreign Affairs Sartaj Aziz admitted that the leadership of Afghan Taliban is present in Pakistan so Pakistan has the capability to bring Taliban on table talks.

As per details, he was talking to Council of Foreign Relations in Washington. He added that Taliban leadership is present in Pakistan with their families and they have access to medical facilities.
Sartaj stated that these factors will be helpful to agree Afghan Taliban for dialogues adding that Pakistan can only play a role of arbitrator while the success of dialogues  depend entirely on Afghan government and Taliban.

Major changes in national policy have been made by the government after coming in power in 2013 and we are actively against terrorists without any discrimination.
PM Advisor made it clear that Afghanistan should not blame Pakistan for its issues saying that there is a misunderstanding still exist in Afghanistan that Pakistan is supporting some terrorist group. He said that lasting peace is not possible without reconciliation.