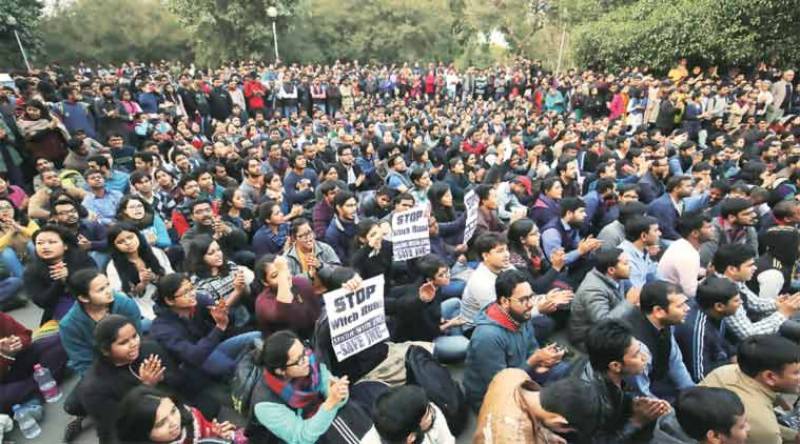 NEW DELHI: JNU student leader Kanhaiya Kumar has been granted bail for six months on sedition charges by Delhi High Court.
The courts approved bail on a personal bond of Rs. 10,000 and advised him to cooperate in the investigation.
The court also put some conditions before him and JNU faculty members.

Kanhaiya’s lawyer said “The order cleared one thing that we have some evidence to prove the charges framed against Kanhaiya.”
Student leader’s family and supporters burst crackers and distributed sweets.
Delhi police opposed the bail and claimed that the release will boost the incidents of this type.

Police also arrested two other JNU students on sedition charges and are in the custody.