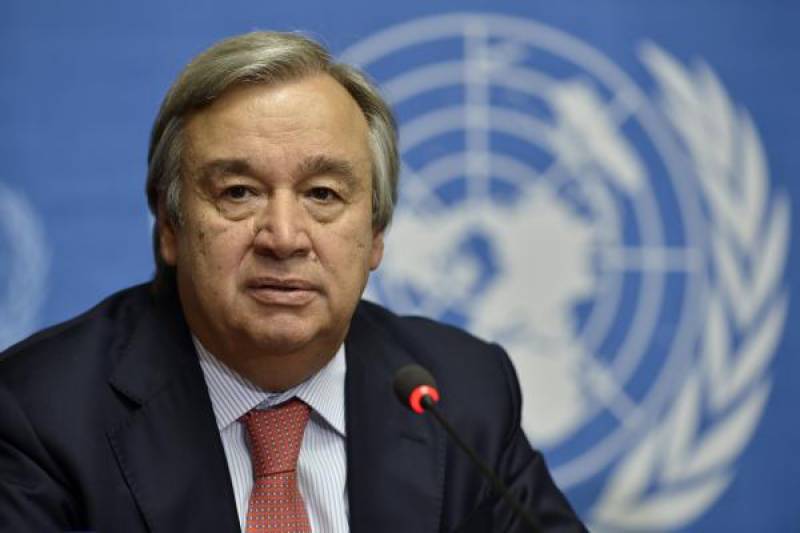 UNITED NATIONS:United Nations (UN) Secretary-General Antonio Guterres stands for avoiding steps that would escalate tensions between India and Pakistan, his spokesman said Tuesday, when asked about New Delhi’s repeated violations of the Line-of-Control (LOC) in the disputed Kashmir region.

“The secretary-general’s basic message has always been for all and every party to avoid anything that would escalate tensions,” Spokesman Stephane Dujarric said in response to a question from APP at a virtual news briefing in New York.

The spokesman was questioned about Foreign Minister Shah Mahmood Qureshi’s recent communications to the UN chief followed by a phone call apprising him of the deteriorating situation in Indian occupied Kashmir, the series of serious LoC violations by India, and its other actions that have heightened tension between the two countries.

Dujarric said Pakistani foreign minister and the secretary-general did have a conversation last week and a letter sent by him has already ben circulated to the UN member states.

Qureshi’s May 21 letter was part of Pakistan’s consistent political and diplomatic efforts to keep the world body abreast of the current situation in the disputed region, especially New Delhi’s blatant attempt to turn the Muslim-majority in Indian Occupied Jammu and Kashmir (IOJ&K) into a minority.