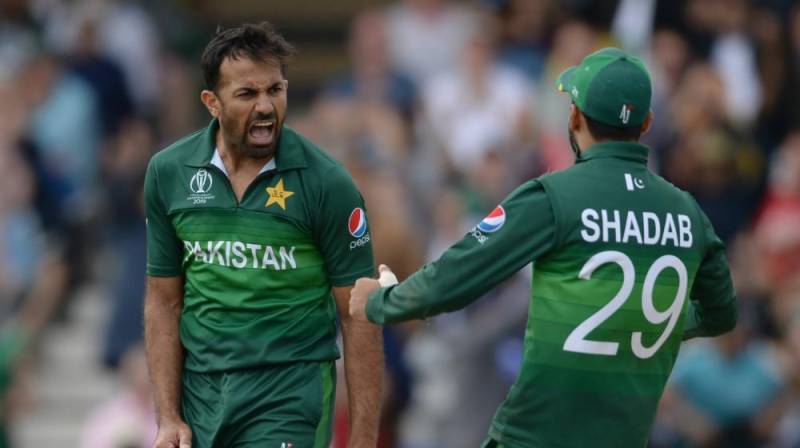 LONDON - England won the toss and asked Pakistan to bat first, hoping to reduce them to yet another lower target. 1st Innings: Pakistan Batting Steps Up

After a debacle in their opening game, Pakistan batsmen stepped up and played very sensibly. The opening partnership between Fakhar Zaman and Imam-ul-Haq broke a 26-year-old record, which laid a nice foundation to build on.

Despite getting starts, the top three batsmen all lost their wickets to Moeen Ali. Fakhar Zaman was stumped whereas Babar and Imam tried to loft Moeen out of the park only to be caught near the boundary line.

At 199-3, Babar Azam and Mohammad Hafeez both kept the momentum going and ultimately scored 63 and 84 runs respectively.

Sarfaraz Ahmed also made a vital contribution of 55 runs from just 44 deliveries. Pakistan tailenders put up a decent fight and gathered some additional runs for the Greens to push the total a little more.

Pakistan started off well as Shadab Khan dismissed Jason Roy in the 3rd over of the innings. His opening partner, Jonny Bairstow showed some resistance but he also returned to the pavilion thanks to Wahab Riaz’s quick pace.

England fans were in shock after Eoin Morgan and Ben Stokes both lost their wickets cheaply to Hafeez and Malik respectively.

Struggling at 118-4, England needed someone to step up and the responsibility was taken by Joe Root and Jos Buttler – who both made a century but failed to see off the game.

Shadab Khan made the crucial breakthrough of securing Joe Root’s wicket and England lost their 5th wicket at 248 with Jos Buttler still at the crease, who was later dismissed by Mohammad Amir.

The stage was set up for Wahab Riaz to deliver and he did exactly that. Pakistan required wickets as England kept edging closer to the target and Wahab Riaz got 2 wickets in 2 deliveries to put the tie back in Pakistan’s favor.

This is Pakistan’s first victory in last 12 one-day internationals and one, which perhaps holds the most significance.