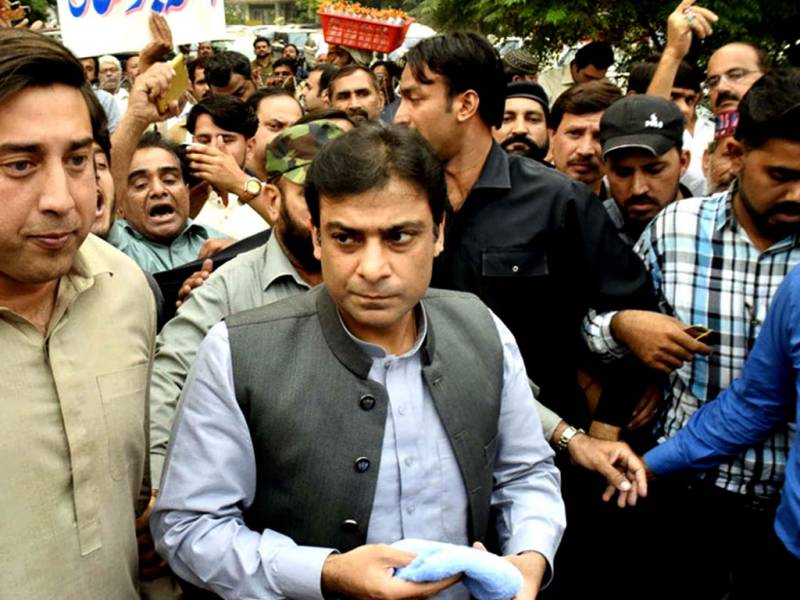 LAHORE – The Lahore High Court extended the interim pre-arrest bail granted to Leader of the Opposition in the Punjab Assembly Hamza Shehbaz until June 11.

The court conducted hearing over cases related to the Punjab Saaf Pani Company scam, accumulating assets beyond means of income, and a corruption reference related to the Ramzan sugar mills on Monday.

The Ramzan mills reference was filed by the National Accountability Bureau (NAB) against Hamza and his father, Shehbaz Sharif; the NAB reference alleges that the former chief minister misused his authority by using public funds for the construction of a bridge to facilitate the Ramzan mills, owned by his sons.

During today’s hearing, Hamza Shehbaz’s counsel Advocate Azam Nazir Tarar pleaded the court to adjourn the hearing for bail until after Eid ul Fitr holidays. Upon this, Justice Mazahir Ali Naqvi remarked that hearing should be conducted on a daily basis if needed.

However, the lawyer replied it was difficult to control party workers and supporters in political cases.

After hearing arguments from Hamza Shehbaz’s lawyer and the NAB prosecutor, Justice Mazahir Ali Naqvi extended the interim bail granted to the PML-N leader until June 11.