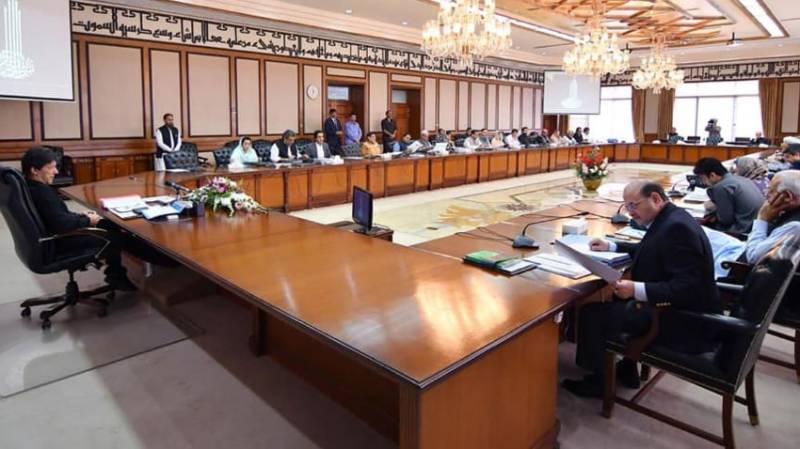 ISLAMABAD - Federal Cabinet has endorsed Prime Minister Imran Khan's resolve for holding across the board accountability with the approach that no one is above the law.

The Special Assistant said the cabinet endorsed forwarding of the reference to the Supreme Judicial Council by the Law Ministry after stringent verifications.

She said the Supreme Judicial Council is going to decide the matter, therefore, the media need not to hold debate or make speculations on the issue.

The Special Assistant said the cabinet ratified the decisions of ECC meeting held on 30th of last month.

The cabinet was apprised in detail on the damage caused to wheat crop due to hailstorm and excessive rains.

It was told that over 27.9 million tons wheat is available as stock while consumption is 25.8 million tons, and there is no issue of food scarcity.

The Special Assistant said 2,511 Chinese nationals working in CPEC projects have been given visa extension for one year.

She congratulated Minister for Power Omar Ayub for ensuring load-shedding free Ramzan. She said all efforts will be made for zero load-shedding on Eid.