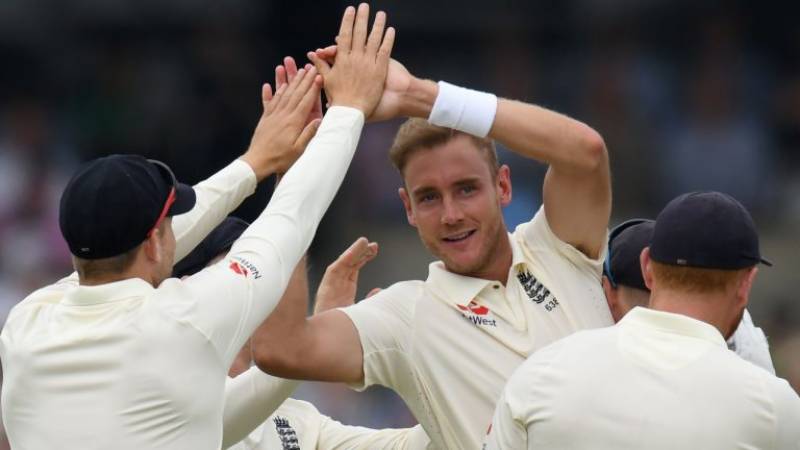 LEEDS: England beat Pakistan by an innings and 55 runs in the second Test of a two-match series between the two teams.

Pakistan scored a convincing win over the hosts at Lord’s in the first Test, but England turned the tables on the visitors in Headingley.

Winning the toss, Pakistan opted to bat first, scoring 174 before all of its batsman were sent back to the pavilion.

In response, England piled up a total of 363 runs, with a lead of 189. Pakistan, once again, failed to perform with the bat as wickets kept falling at regular intervals.

As of now, Pakistan are 122/8, trailing by 67 runs and it is before time the hosts pick up a much needed victory after Lord’s battering.