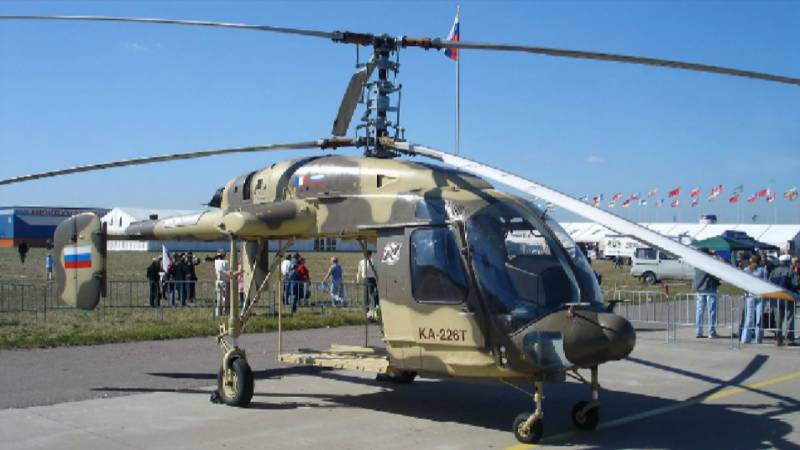 NEW DELHI - The government is all set to conclude a multi-billion dollar deal by October to procure 200 Kamov Ka-226T <link>attack helicopters through a joint venture between Russian Helicopters and state-run aerospace behemoth Hindustan Aeronautics Ltd.

Official sources said almost all the ground work to finalise the mega project has been completed as the government is eyeing to seal it within the next four months.

An inter-governmental agreement between India and Russia was signed for the project during Prime Minister Narendra Modi's visit to Moscow in December 2015.

In October 2016, India and Russia had finalised a broad agreement to set up the joint venture (JV) between HAL and Russian Helicopters which will co-produce the choppers.

India is procuring the choppers to replace its ageing Cheetah and Chetak helicopters.

Last month, the defence ministry issued a Request for Proposal (RFP) to the Indo-Russian venture for the project.

Officials said the HAL-RH joint venture will send a detailed response to the RFP by end of August and the final deal is set to be signed in October.

They said the government has already approved the technical configuration for the twin-engine multi-role helicopter which is known for its superior manoeuvring capabilities in mountainous areas.

The defence ministry has already approved the payment for setting up of the JV. A site in the vicinity of Tumkur near Bengaluru has been identified for setting up the facility to produce the choppers.

The Kamov helicopters will be supplied to the Indian Air Force and the Army. Both these forces have been pressing for early conclusion of the deal so that they could replace their ageing fleet of existing choppers within next three to four years.

According to the 2015 agreement, 60 Kamov-226T helicopters will be supplied to India in fly-away condition, while 140 will be manufactured in India.

Russia had agreed to ensure transfer of technologies to India as part of the pact. Russia has been one of India's key suppliers of arms and ammunition for decades.