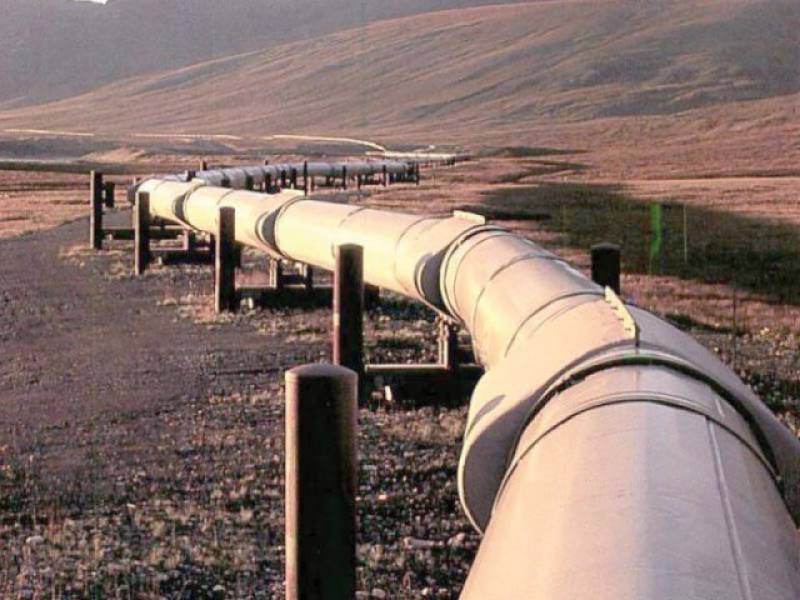 The cabinet had approved the signing of the gas pipeline laying deal and Pakistan ambassador to Russia had been authorised to ink a memorandum of understanding with Moscow.

The envoy is likely to ink the understanding in Moscow on Monday. Final cost of the project will be assessed following a feasibility study to be conducted by Russian energy giant Gazprom.

Russia has nominated Public Joint Stock Company Gazprom for implementation of the project. Pakistan’s cabinet has also permitted the company to conduct the feasibility study at its own cost and risk.

Inter State Gas Systems (ISGS) – a state-owned company of Pakistan established to handle gas import projects and is already working on gas pipeline schemes like Tapi, has been nominated by Pakistan to execute the offshore pipeline project along with Gazprom.

ISGS is also working on the $10-billion Turkmenistan, Afghanistan, Pakistan and India (Tapi) gas pipeline to connect South and Central Asia and construction work on the scheme in Pakistan will start in March next year.

These projects are called a game changer for Pakistan as they will not only lead to regional connectivity, but will also meet growing energy needs of the country.

Amid a long-running tussle with Europe and the United States over the annexation of Ukrainian region of Crimea, Russia is looking for alternative markets and wants to capitalise on the growing energy demand in South Asia.

Russia, which controls and manages huge gas reserves in energy-rich Iran, plans to export gas by laying an offshore pipeline through Gwadar Port to Pakistan and India, which are seen as alternative markets because Moscow fears it may lose energy consumers in Europe over the Crimea stand-off.

Russia has been a big gas exporter to European Union (EU) countries and Turkey since long and despite US anger the European bloc has continued to make imports to meet its energy needs.

Moscow receives gas from Turkmenistan and then exports it to EU states. Later, it has got gas deposits in Iran as well and is looking to gain a foothold in markets of Pakistan and India.

Pakistan has been experiencing gas shortages, particularly in winter, for the past many years as domestic production has stood static with new additions being offset by depleting old deposits.