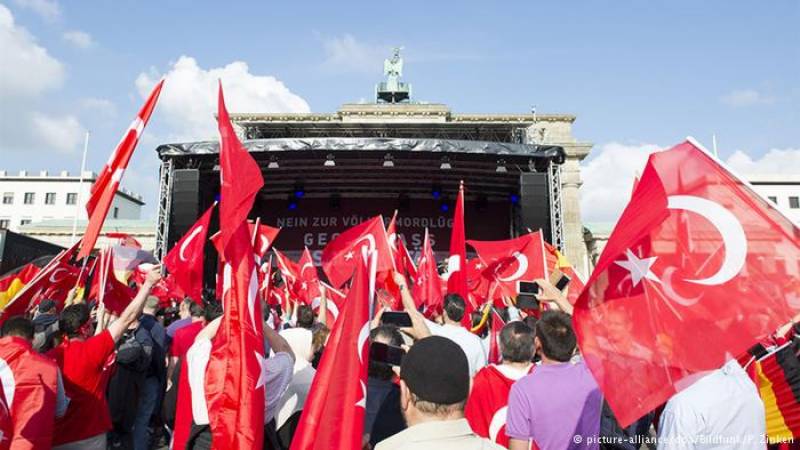 BERLIN: Turkey recalled its envoy to Germany and expressed concerns over Germany’s decision to adopt resolution over massacre of Armenians by Ottoman forces in World War I as genocide.

Turkish President Recep Tayyip Erdogan condemned the Germany’s move as historic mistake and warned that it will affect the relations between Turkey and Germany.

The resolution titled “Remembrance and commemoration of the genocide Armenians and other Christian minorities in 1915 and 1916” passed as only vote casted against it.

The decision was praised by Armenian community and Armenian Foreign Minister as “Germany’s valuable contribution not only to the international recognition and condemnation of the Armenian Genocide, but also to universal fight for the prevention of genocide, crimes against humanity.”

The Armenian genocide resolution was recognized by more than 20 countries including Russia and France.