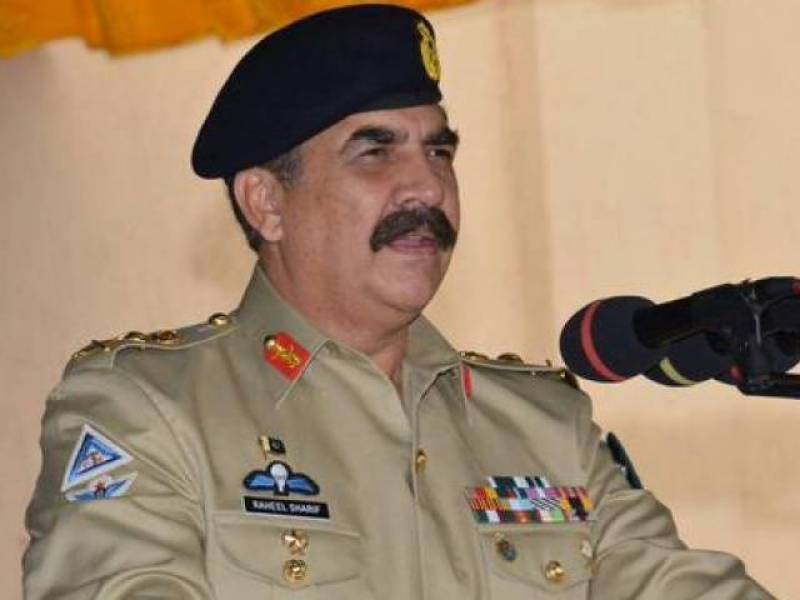 RAWALPINDI: Chief of Army Staff General Raheel Sharif said that Pak Army is fully aware about the conspiracies being hatched by enemies against China Pakistan Economic Corridor CPEC Project but we are ready to pay any price to turn the dream of CPEC in reality.

As per ISPR, Formation Commanders Conference was held here at today under the chairmanship of Army Chief that has been attended by Corps Commanders, Principles Staff and other officers.

Army Chief General Raheel was briefed over the internal and external security situation of the country while sacrifices of Army Soldiers and officers in operation Zarb-e-Azab were appreciated by Army Chief.

Addressing the participants of the conference, General Raheel pointed out the country is facing many challenges while nation has been affected by the scourge of terrorism since a decade and unprecedented sacrifices have been made by security process during this period.

Pak Army has succeeded to break the backbone of terrorists as operation Zarb-e-Azab has entered in its final phase with the efforts of soldiers and officers, Army Chief elaborated stating that Pak Army would always come up to the expectations of the nation.