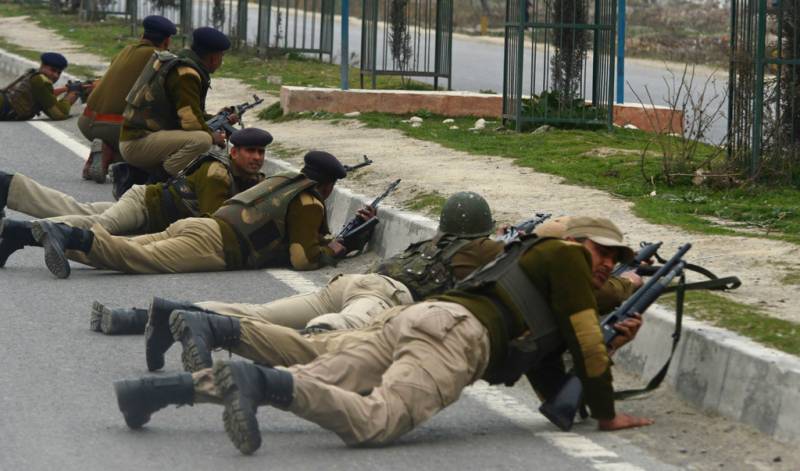 ISLAMABAD: The Embassy of Pakistan in Brussels, Belgium has organized a conference to express solidarity with the people of Indian Occupied Kashmir (IoK) in which speakers drew world attention towards the atrocities and grave human rights violations being committed by the Indian occupation forces.

In the conference arranged at the Press Club Brussels Europe, an association of Belgian and international journalists, members of the European and Belgian parliaments, human rights activists and scholars expressed solidarity with the people of Kashmir by highlighting the seventy years long struggle by the people of Kashmir for their right to self-determination, a message received here Saturday said.

The speakers called upon the European Union to play an active role, in its capacity as flag bearer of human rights around the world, to stop human rights violations in Indian Occupied Kashmir, where innocent people were being massacred and the women and children were not being spared from the brutalities by the 700,000 Indian occupation forces there. The speakers also demanded immediate inquiry into the grave situation by the international bodies.

Deputy Head of Mission Asif Memon reiterated Pakistan’s stance for continuing its political, diplomatic and moral support to the Kashmiri people in their just struggle for their legitimate right to self- determination as acknowledged by the United Nations Security Council resolutions.

The Government of Pakistan condemned, in the strongest terms, the human rights violations including the basic right to life as enshrined in the international covenants and international customs, he added. In view of deteriorating situation in IoK, the Foreign Minister of Pakistan wrote letters to the UN Secretary General, OIC Secretary General and the UN High Commissioner of Human Rights asking for the urgent establishment of the OHCHR commission of Inquiry, he added.

On the occasion, a documentary film on the violations of human rights in IoK and a video on the brutal use of pellet guns by the Indian occupation forces were also screened.

The Embassy of Pakistan in Brussels and Pakistani diaspora in Belgium and Luxembourg are observing Kashmir solidarity week from February 1. The conference was part of these arrangements. The Embassy has also arranged a photographic exhibition at its premises depicting rights violations in the IoK, which would continue for one week.