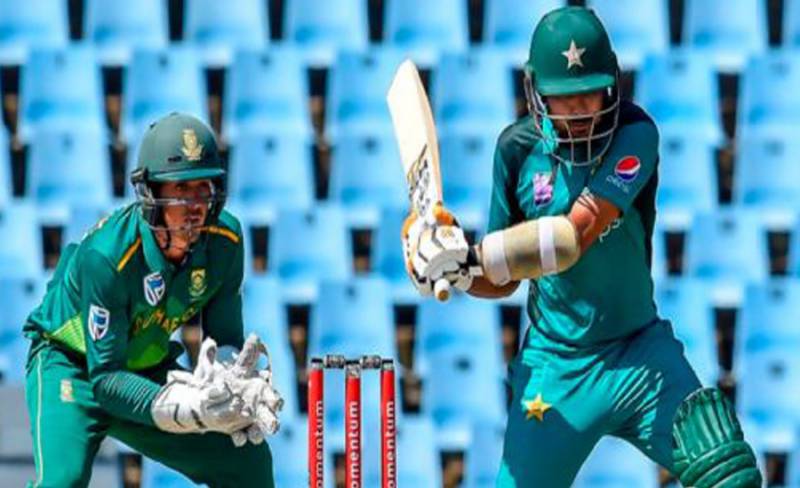 *JOHANNESBURG – *South Africa on Sunday beat Pakistan in second T20 and clinched the series by 2-0 from three matches at the Wanderers Stadium, Johannesburg.

South Africa set 189-run target for Pakistan to take the series into a decider but Pakistan was unable to chase the target.

DA Miller’s 65 runs guide South Africa to imposing a big target for Pakistan. The South Africa captain finishes on 65 from 29 balls, with the last over of the innings going for 29 runs! Pakistan will have to chase 189 to level the series.

Earlier today, Pakistan won the toss and opted to field first in the second T20 against South Africa.

Pakistan fell short of South Africa by a whisker – six runs – in the first Twenty20 International, and will be desperate to hit back in the second game and take the series into a decider at the Wanderers Stadium, Johannesburg.

The South African top order had a good outing in the first T20I. While Gihahn Cloete was dismissed for 13, Reeza Hendricks and Faf du Plessis smashed 74 and 78 respectively to provide a fine base for the middle and lower order to build on in the death.