Sharif brothers should not be spared for corruption: Rashid
3 Feb, 2019 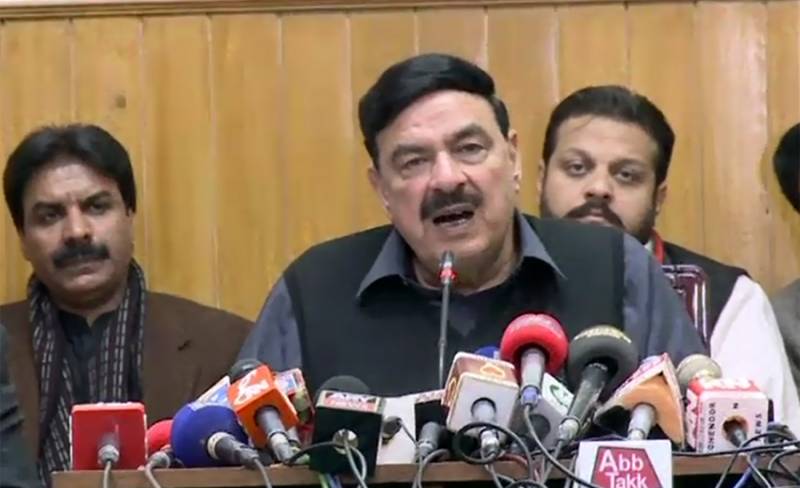 LAHORE: Minister for Railways Sheikh Rashid Ahmad alleged that Leader of Opposition in the National Assembly Shehbaz Sharif and his brother Nawaz Sharif were corrupt politicians and they should not be spared at any cost.

Addressing a press conference here, he said appointing Shehbaz Sharif as Public Accounts Committee chairman was a mistake. The nation should be taken into confidence if there was any truth in the news that the Sharif brothers were ready to return the looted money in return for any relief, he added.

He said the people were today in trouble due to inflation caused by the corruption done by the leadership of Pakistan Muslim League-Nawaz (PML-N) and Pakistan Peoples Party (PPP). The PPP co-chairman was more corrupt than Shehbaz, he added.

He alleged that both Shehbaz and Nawaz were coward and could not face jail. "Deal" or "Dheel" (slackness) could be expected from the two brothers though they were trying to become heroes while facing cases of corruption, he added.

Both the brothers fell ill to get some relief if they thought that there was no room for any deal, he added.

He was joining the PAC for the accountability of the corrupt and not for making quarrels, he added.

The minister said the PPP Chairman Bilawal Bhutto was organizing a long march. He would join hands with Bilawal, if he held a long march against corruption, he added.

To a question, he said Saad Rafique also needed issuance production orders as it was hard for him to remain in jail. "Shehbaz may gather some more helpers, including Sanaullah and Saad, but they will not be able to face me in the PAC," he added.