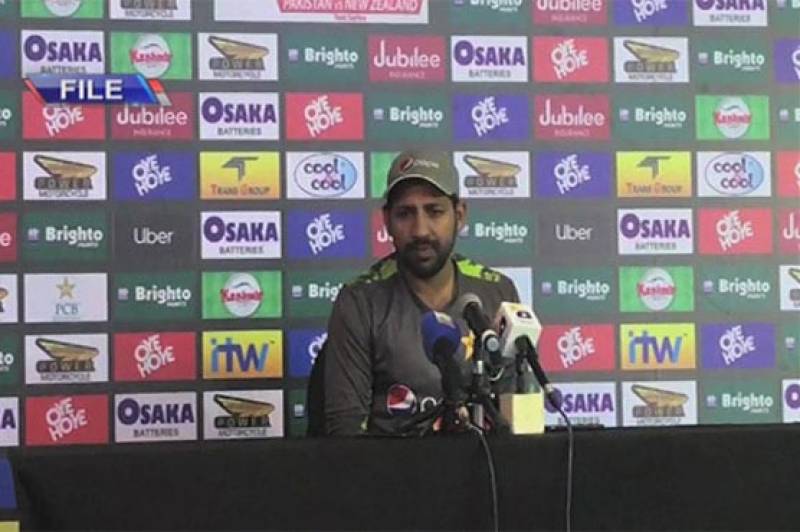 KARACHI – Pakistan skipper Sarfraz Ahmed Sunday held a press conference in Karachi where he said that he made a mistake and accepted it as well.

The right-handed batsman maintained that Pakistan Cricket Board (PCB) handled the issue very well and thanked the administration as well as the whole nation for their support.

Sarfraz Ahmed also seemed hopeful of retaining his role as the captain of Pakistan team. “There was a green signal for me to lead the side before and will remain in future as well,” he added.

The wicketkeeper-batsman said a big issue was created only on one word and clarified that he had no intention to hurt anybody’s feelings.

Sarfraz admitted that it is his habit to keep on talking behind the wicket to boost players’ confidence.