America is only finalising the terms of surrender in Afghanistan with Afghan Taliban: Report
3 Feb, 2019 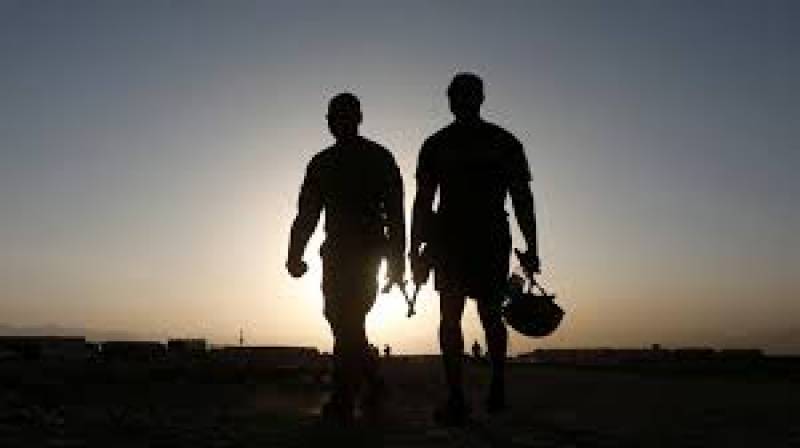 MOSCOW - It is America’s longest war, costing huge amounts of “blood and treasure” as US leaders claim. Yet, the signs are that Washington is finally accepting a historic defeat in Afghanistan comparable to the ignominious Vietnam War.

Intensive negotiations between American officials and Taliban insurgents have produced the “biggest tangible step” towards ending the nearly 18-year war in Afghanistan, according to the New York Times.

More talks are scheduled in the coming weeks to firm up details, but already it is reported that the US is to withdraw its remaining 14,000 troops from the Central Asian country over the next year without any guarantees of reciprocation by the enemy.

That unilateral pullout is not yet officially admitted by Washington, but analysts believe the US has tacitly accepted the long-held demand by the Taliban for foreign troops to get out.

At the height of the war, US forces numbered up to 100,000 personnel. The remnant American military therefore have no way of countering the growing insurgency. Even with an additional 8,000 NATO troops and thousands of private contractors also present in Afghanistan supporting the US-backed government in Kabul, the sordid game is up.

Zalmay Khalilzad, US Special Representative for Afghanistan Reconciliation, during the latest round of talks held in Doha, Qatar, sought to portray an “agreed framework for a peace deal” being contingent on the Taliban delivering on three items: a ceasefire; entering into negotiations with the government in Kabul; and a vow to never allow Afghanistan to become a haven for terror groups.

But media reports cite Taliban officials as giving no firm commitment to those US demands, while it appears Washington has accepted its troops are to be repatriated regardless. In other words, the American side is looking for a face-saving, apparent bilateral “deal” when the reality is Washington knows its war is over.

Ryan Crocker, a former US ambassador to Afghanistan, puts it acerbically. Washington is only polishing the optics, while finessing “the terms of surrender.”

He compares the American withdrawal from Afghanistan to the disorderly retreat and defeat that US forces incurred at the end of the Vietnam War in the mid-1970s. “Then, as now, it was clear that by going to the table we were surrendering; we are just negotiating the terms of our surrender,” opined Crocker in the Washington Post.

The defeat of US military might in Indochina gave rise to the Vietnam Syndrome which entailed a grave loss in national confidence and international standing. The war in Afghanistan has already exceeded the duration of the Vietnam debacle by nearly eight years. While the death toll among American forces is a lot less, the financial cost of Afghanistan is potentially ruinous. Up to $2 trillion of taxpayer money is estimated to have been poured into waging war in that country, yet the strategic achievements are arguably zero.

Not only that, but the launching of “Operation Enduring Freedom” in October 2001 by the GW Bush administration was the catalyst for a global so-called “war on terror” which engulfed several countries. The total financial cost for those wars is reckoned to be around $5 trillion – or nearly a quarter of America’s spiraling national debt.

In cost of human lives, the Afghan war and its derivative “anti-terror” operations elsewhere have resulted in millions of deaths and casualties, millions of refugees and the decimation of whole nations, which have further spawned conflict and the spread of terrorism. Suicide rates and pathological self-destruction among US veterans who served in Afghanistan (and Iraq) are off the charts and will have long-term detriment on American society for generations to come.

The Afghan Syndrome is going to haunt the US for decades in the same way the Vietnam forerunner did.

What’s more despicable is the utter waste and futility. When Bush ordered the troops into Afghanistan at the end of 2001, it was supposed to be in revenge for the terror attacks on the US on September 11. Never mind that the evidence linking those attacks to Afghanistan was tenuous at best.

The Taliban regime, which had been in power from 1996, was toppled by the US. But three presidents later, the Taliban now are reckoned to control over half the territory in Afghanistan, and can carry out deadly attacks on US-backed local forces seemingly at will on a daily basis, including in the capital Kabul.

Now it seems only a matter of time until the Taliban will be back in power with the US and allied NATO forces gone.

Richard Haass, a former senior US State Department planner, commented: “The Taliban have concluded that it is only a matter of time before the United States grows weary of stationing troops in a far-off country and spending $45 billion a year on a war that cannot be won… they have little need to compromise.”

The irony is that the Taliban grew out of the tribal militants that the US cultivated and armed to the teeth at the end of the 1970s when Afghanistan was governed by a Soviet-backed administration.

The American policy was gleefully calculated in Washington to give the “Soviets their Vietnam.” The proxy war was indeed a heavy loss for the Soviet Union, but in the longer-term it looks like Uncle Sam ended up getting another Vietnam in terms of creating the longest war ever for Washington, the unfolding ignominious defeat and the global blowback from Islamist terrorism it engendered.

Washington may be pretending it has reached a “framework deal for peace” in Afghanistan. But the brutal truth is Washington has lost another epic war.

The Taliban have always maintained they are not going to negotiate with the US-backed administration in Kabul, headed by President Ashraf Ghani. Like his predecessor, Hamid Karzai, the Taliban view Ghani and his government as a corrupt, venal puppet of the Americans.

The fact that the US sidelined the Kabul regime by talking directly with the Taliban is a crucial concession by Washington. By doing so, the US is effectively admitting that the insurgents are in the driving seat. All the talk out of Washington about supporting “intra-Afghani dialogue” and finding a “comprehensive peace settlement” is window-dressing rhetoric.

US President Donald Trump last month ordered about half of the American troops in Afghanistan – some 7,000 – to withdraw. Trump is said to be growing impatient with the huge financial drain of the never-ending war. His order to pull out forces before the latest round of negotiations in Qatar will have been taken by the Taliban as further proof the Americans know they are beaten.

Astoundingly, prominent voices in Washington are arguing that, in spite of the human calamity and cost of Afghanistan, US troops should remain there indefinitely. Senate Republican leader Mitch McConnell wants to pass legislation forbidding a withdrawal. The Washington Post’s editorial board – which reflects the foreign policy establishment view – admonished: “The Trump administration’s tentative deal with the Taliban could return Afghanistan to chaos.”

Afghanistan – known as the Graveyard of Empires – from centuries of defeating great powers is showing that the Americans are up their necks in chaos.