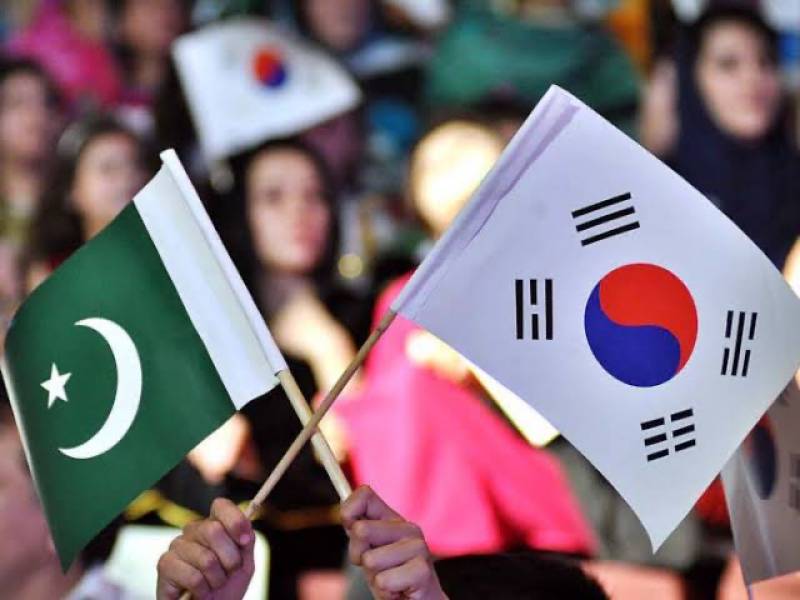 ISLAMABAD:Ambassador Republic of Korea Suh Sangpyo on Wednesday said the government of Korea will increase the Economic Development Cooperation Fund (EDCF) loans for Pakistan upto US$ One billion for five years (2022-26).

In an exclusive chat with APP, the Korean Ambassador said that in 2019, Korea signed the framework agreement with Pakistan to provide $500 million of EDCF loans that give financial space for the construction of infrastructure in Pakistan. Ambassador Sangpyo said there are multiple projects underway between Pakistan and Korea as in the business sector, both countries partner in the automobile, transportation, hydropower, smartphones, and confectionaries production sectors.

While further elaborating the cooperation in various areas, he said Administrator of the Rural Development Administration (RDA) of the Republic of Korea (RoK), Taewoong Hur and his delegation visited Pakistan from August 3rd to 5th past year and paid courtesy call to the Prime Minister. Hur inaugurated the KOPIA Pakistan Center and chaired the Joint Symposium for Agricultural Technical Cooperation between the both countries.

�New Technical Cooperation Projects Signing Ceremony between Korea Program on International Agriculture (KOPIA) Center, Rural Development Administration (RDA) and Ministry of National Food Security & Research (MNFSR), Pakistan Agricultural Research Council (PARC) was held on May 4, 2021,� the Ambassador said. He also underlined the collaboration in the field of EDCF and IT Park. The ambassador and Minister for Information Technology and Telecommunications, Syed Amin ul Haque inaugurated the Islamabad Technology Park in May, 2021.

�Around 1,500 Pakistani students are studying in Korea in undergraduate and graduate programs. Global Korea Scholarship (GKS) provides international students with opportunities to conduct advanced studies in undergraduate & graduate programs at higher educational institutions in the Republic of Korea in order to promote international exchanges in education and mutual friendship between countries�, he informed.

The Embassy of the Republic of Korea and the University of Peshawar jointly organized a seminar on the Current Situation in Afghanistan and the Regional Plans for Peace-building on the 8th of December at the University of Peshawar Campus. More than 200 Masters and PhD students attended the seminar and held interactive discussions over lunch with the Ambassador of the Republic of Korea Suh Sangpyo and the panelists.

In the field of education, he said the University level Cooperation included PMAS-Arid Agriculture University Rawalpindi and the Chungbuk National University memorandum of understanding (MOU). The institutions agreed to cooperate over full spectrum of mutual interest with specific agreements on January 26, 2022 which included academic and technical staff Exchange for joint research, joint publication of research paper etc.

The Embassy in its commitment to support the Ten Billion Tree Tsunami Initiative of the Prime Minister of Pakistan Imran Khan has donated Ten Thousand Trees under the second phase of the Pak-RoK Friendship Forest, which is aimed at helping Pakistan in its fight against Climate Change.

The Ambassador said, �The Friendship Forest was launched in 2019 in Haripur, Khyber Pakhtunkhwa with just 6,000 trees. Now within its Phase-II, the Embassy will be planting 10,000 trees and with the years to come, it aims to continue expanding this Friendship Forest across the country especially in areas which have suffered from deforestation and biodiversity loss�.

He added that the Korean Companies have completed multiple Hydropower projects in Pakistan. �The multiple projects are in-process mainly in the Khyber Pakhtunkhwa province in Pakistan. The total amount of projects so far reached US$4 billion�, he added.

He mentioned that the Korean government in its commitment to support Pakistan�s fight against COVID-19 has donated essential medical equipment to the National Disaster Management Authority of Pakistan. �A handing over ceremony to mark the occasion was held at the Prime Minister�s Secretariat on 9th December 2021. The donated equipment included 2,000 Test Kits, 5 Ventilators, and 10 Oxygen Concentrators�.

The Ambassador mentioned that the Korea International Cooperation Agency (KOICA) Pakistan Office handed over 10,000 hand sanitizers to the Ministry Of Climate Change (MoCC) to strengthen the hygiene response system of Pakistan.