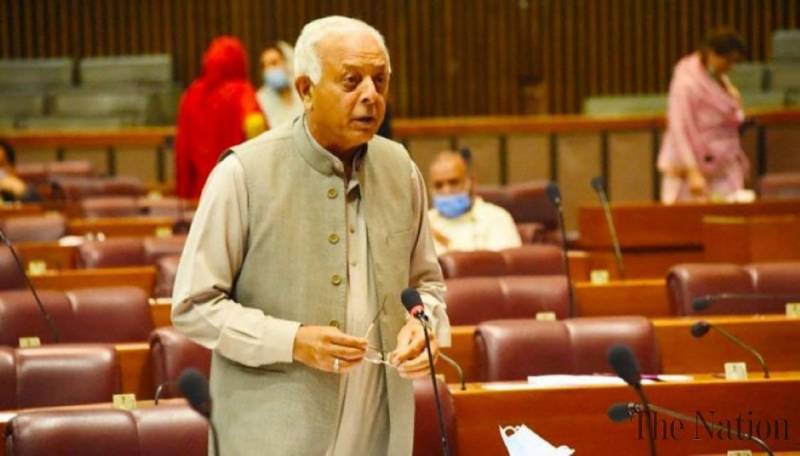 ISLAMABAD - The National Assembly on Friday was informed that there is no plan to privatise any of the assets of Pakistan International Airlines (PIA).

Minister for Aviation Ghulam Sarwar Khan told the House during Question Hour Friday that the present government is very keen to make the national flag carrier self-reliant and profitable entity.

“Loss making routes have been closed, work on profitable routes is underway and facilities and renovation would also be ensured at small airports,” said Minister while responding to volley of questions raised by opposition, during Question-hour of Friday’s National Assembly session. Efforts are underway to improve the financial health of the airline by reducing its losses through various means, he added.

The House in yesterday’s proceedings spent ninety percent of its time discussing matters related to the Civil Aviation Authority [CAA]. Minister did not hesitate to once again strongly criticise the working of previous governments while responding to the queries related to his previous statement about fake degree pilots. However, the opposition members in their question missed no chance to jeer at the minister for making a controversial statement that brought a bad name to the country.

About the imposition of restrictions by international authorities, the Minister clarified that multiple factors including plane crash incident in Karachi, safety objections and others played its role. Minister was confident to tackle the travel restrictions on the PIA in the European countries. “I am confident that our national flag carrier will regain its past glory,” he commented.

“Unlike the fake claims of the previous government, the incumbent regime is making all out efforts to make the flag carrier a self-reliant entity,” he said and assured to deal with the crisis to bring PIA back on its track.