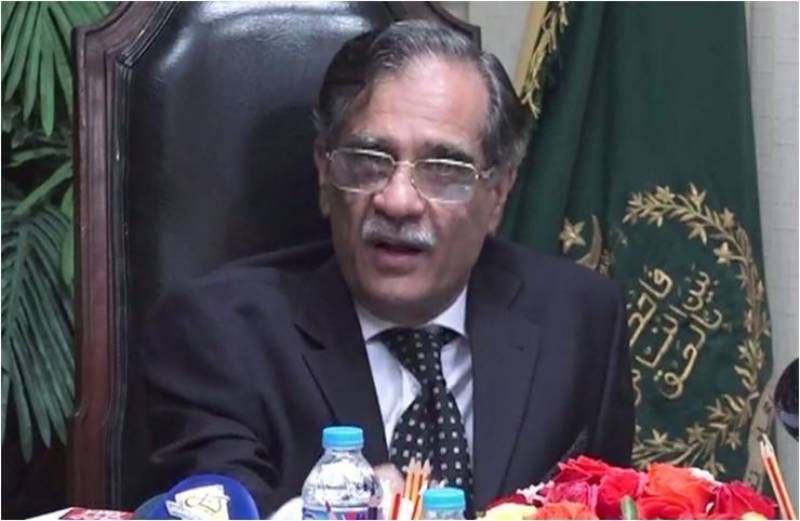 During the visits, he inspected various wards of the hospitals, and inquired about the facilities being provided to the patients.

During the visit to Zia-ud-Din Hospital, the Chief Justice met former Sindh Minister Sharjeel Memon, who is accused of more than six billion rupees corruption case and currently hospitalized.

A Spokesman for DIG Jailkhanajat told our Karachi correspondent that Sharjeel Memon was later shifted to Central Jail Karachi from Zia-ud-Din Hospital today.

The Court was informed that Sindh government has successfully completed 161 water supply schemes in various districts of the province.

In another sou moto case pertaining to slapping a citizen by Pakistan Tehreek-e-Insaaf Member Sindh Assembly, Imran Shah, the Chief Justice directed the MPA to seek apology from the victim and deposit three million rupees in the Diamer Bhasha Dam Fund established by the Supreme Court of Pakistan.

Justice Saqib Nisar also visited the rooms of Anwar Majeed accused in the money laundering case and his three sons who are admitted in Jinnah Hospital Karachi.