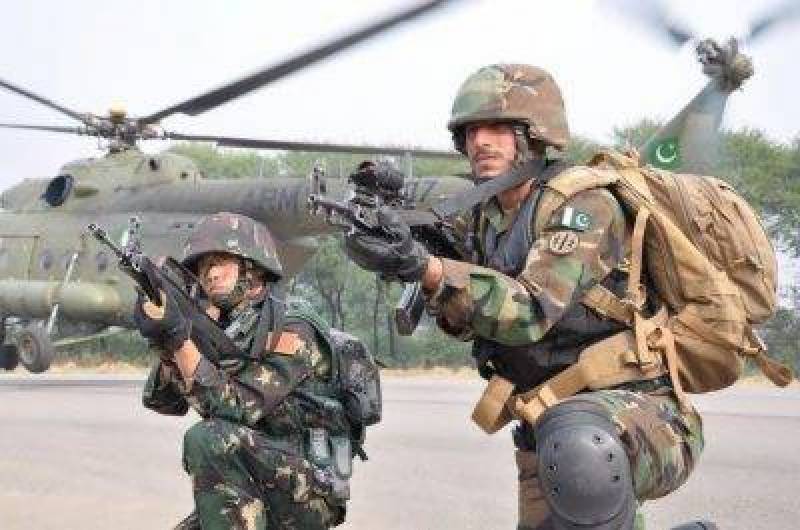 ISLAMABAD - Because of their often problematic relations, it is natural for India and Pakistan to seek divergent allies. In the Cold War era, their choices were apparent and easy. Pakistan joined two regional defense pacts patronized by the United States to contain communism.

India followed a non-aligned policy to begin with, but signed a Treaty of Peace, Friendship and Cooperation with the Soviet Union in 1971. Indo-US relations witnessed a brief period of warmth after the Sino-Indian War of 1962, but Jawaharlal Nehru’s India did not want to be tagged to any superpower.

International relations are often dictated by the cold logic of national interests and the balance of power. While Pakistan opted for allies in the West, India chose the Soviet Union to balance the power of China link . All that started changing after the disintegration of the Soviet Union and the rise of India as a regional power.

In 2008, India and the United States finalized a civil nuclear cooperation deal and the superpower has since worked assiduously to get India coveted membership of the Nuclear Suppliers Group (NSG). This move has been successfully countered by China link thus far on the basis that Pakistan has identical credentials and should be similarly treated by the NSG.

The year 2014 was seminal, as it was when these evolving equations came to assume definitive shapes. It was in this year that the US link replaced Russia as India’s top arms supplier.

The same year, Russian Defense Minister Sergei Shoygu visited Pakistan and signed a defense cooperation deal. This was the first such visit from Moscow to Islamabad in 45 years. Both nations held military exercises in 2016 and 2017, while Russia is currently building a 1,100 kilometer-long gas pipeline between Karachi and Lahore.

Pakistan’s relationship with China link is flourishing but Islamabad does not want to keep all its eggs in Beijing’s basket, while Sino-Indian competition is likely to evolve into rivalry in the not too distant future.

Some 63 percent of the total military hardware imported by Pakistan today comes from China link and only 19 percent from the US link .

China link has also helped Pakistan in the field of nuclear energy and was the first country to agree to co-produce advanced military aircraft and other weapons systems with Pakistan. The China-Pakistan Economic Corridor is the flagship project of China’s major investments in many countries under its One Belt One Road Initiative.

Tensions in the South China link Sea have increased CPEC’s importance for the Chinese and this $50 billion-plus investment in Pakistan stands out, as US link annual assistance has shrunk to a couple of billion dollars. US link President Donald Trump’s recent decision to suspend military assistance to Pakistan has, therefore, not created too many ripples in Islamabad

This tough stance by the US link due to the precarious security situation in Afghanistan may push Pakistan further toward China link and Russia. All recent US link presidents, including Bill Clinton, George W. Bush and Barack Obama, were India-friendly, but they made it a point not to push Pakistan too hard.

That sanguine policy has unfortunately been abandoned by Trump. The Pakistani leadership does not want to keep all its eggs in the Chinese basket, but the US link administration has failed to read that nuance of Pakistani thinking.

There can be no lasting peace in Afghanistan without Pakistan’s co-operation; therefore any further deterioration of Pak-US ties will impact negatively on regional peace. Both Russia and China link realize India’s importance and want to keep it in good humor as much as possible.

The Kremlin played a key role in facilitating India’s entry into the Shanghai Cooperation Organization (SCO). Similarly China, India’s major trading partner, did not block a resolution in a BRICS meeting that condemned proscribed extremist groups in Pakistan. Beijing does not want to push India further under America’s wing.