Is Fazal ur Rehman withdrawing in favour of PPP presidential candidate?
2 Sep, 2018 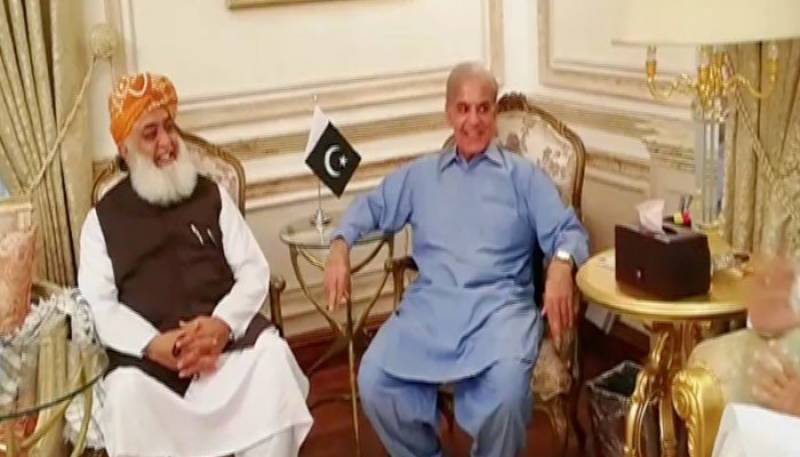 ISLAMABAD: The senior leadership of the Pakistan Muslim League (Nawaz) and Jamiat Ulema-e-Islam (Fazl) agreed to not withdraw Maulana Fazlur Rehman from the presidential election.

The decision was made in a meeting held at the PML-N president Shehbaz Sharif’s Model Town residence.

In a press conference held after the meeting, Fazl urged the Pakistan Peoples Party to agree on the decision made by the joint opposition parties over his name for the slot as by not withdrawing its candidate the party is providing an opportunity to the PTI.

He said that by not withdrawing its candidate, PPP is giving the opportunity to PTI to have its president, adding that it paved way for Imran Khan to become prime minister by not voting in the leader of the house election.

In the meeting, Fazl and Shehbaz discussed future strategy regarding the upcoming presidential elections.

Fazl said that he has been nominated as presidential candidate by all opposition parties except the PPP.

“We will try to have consensus over a joint opposition candidate,” he said.