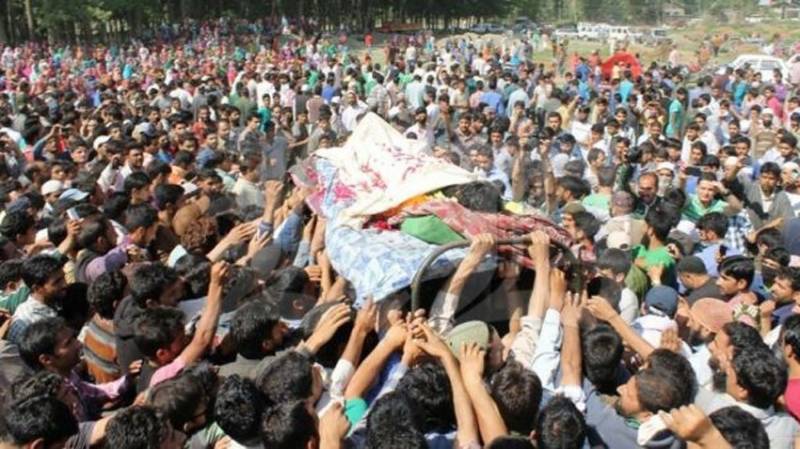 In Occupied Kashmir, Indian troops in their fresh act of state terrorism have martyred three Kashmiri youth in Bandipora district.

The youth were martyred during a siege and search operation in Dana Bahak in Malangam forest area of north Kashmir’s Bandipora district.

The Indian army alleged that the martyred youth were militants and they were killed during an encounter with army personnel.