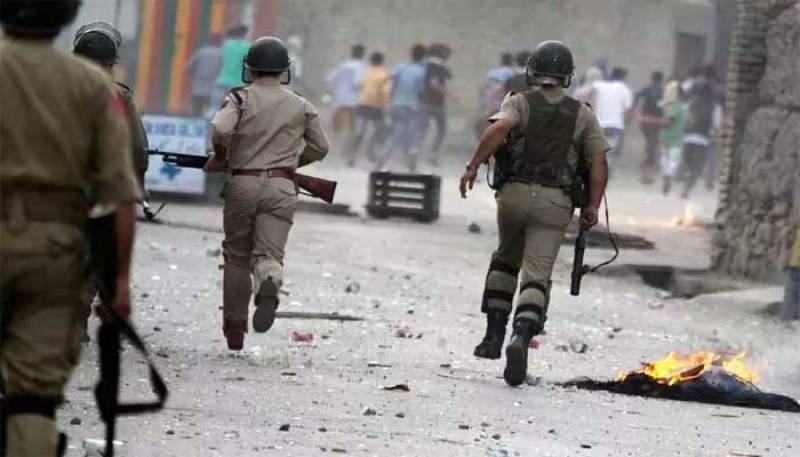 Violent protests broke out in Laadi area of the district early morning when personnel of Indian army launched a cordon and search operation in the area.

A strong protest was held in Kishtwar in support of Article 35-A of the Indian constitution. The protesters were led by Imam of Jamia Masjid Kishtwar, Farooq Ahmed Kichloo.

A small girl missing for the past 10 days was found dead in a forest area in Uri, Baramulla district, today.

Meanwhile, a book authored by a former Chief Justice of India has revealed that Article 35A flows from an agreement in 1954 between India and Pakistan.

Senior lawyer and an eminent legal expert Syed Tasadduq Hussain in a media interview in Srinagar said that the Indian Supreme Court lacked inherent jurisdiction to hear the matter.

On the other hand, ‘India’s Incredible Terrorism’ campaign has been launched at a press conference held by Kashmiri Diaspora leaders Barrister Abdul Majeed Tramboo and Professor Nazir Ahmed Shawl at press club in Brussels. The leaders highlighted the gross human rights violations in the occupied territory.