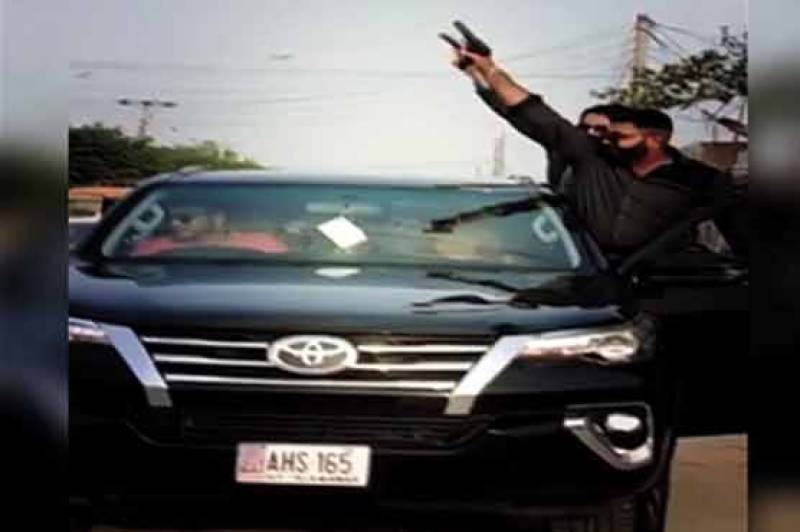 SIALKOT – An FIR has been registered against Pakistan Muslim League Nawaz (PML-N) leader from NA-73.

He reportedly resorted to aerial firing in total violation of law and order in area of Sialkot’s Head Marala police station.

A panic fear and terror spread in the area after shuffled firing.

Police failed to arrest the accused yet despite of pictures and videos while the FIR of incident has been registered.

Pictures of residential secretary general of PMLN’s youth wing Ahsan Gujjar with Khawaja Asif came in front. Police came in action as the news of PMLN’s workers brought on media.

The FIR has been registered while no accused has been arrested.