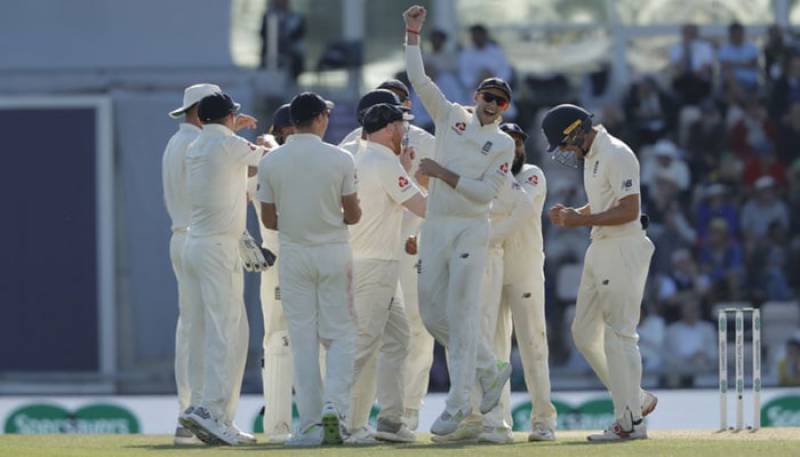 SOUTHAMPTON - England defeated India by 60 runs to win the fourth Test at Southampton on Sunday.

Victory, achieved with more than a day to spare, saw England take an unassailable 3-1 lead in this five-match series.

Recalled off-spinner Moeen Ali took four wickets for 71 runs for a match haul of nine for 134.

Virat Kohli, the India captain, passed 500 runs for the series while making 58 and put on 101 for the fourth wicket with vice-captain Ajinkya Rahane (51).

But their exits either side of tea led to a collapse, with the match ending when Ravichandran Ashwin was lbw to Sam Curran.

The fifth Test at The Oval in south London starts on Friday.