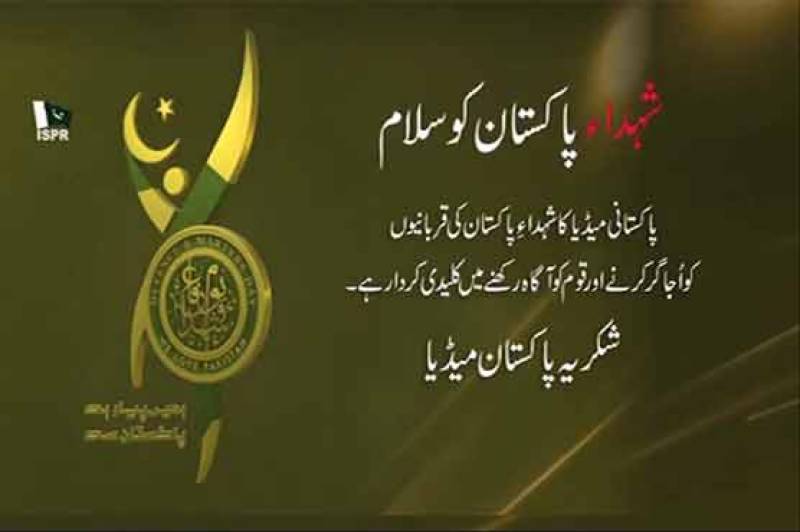 RAWALPINDI - Director General of Inter-Services Public Relations (ISPR), Major General Asif Ghafoor on Sunday thanked Pakistani media for highlighting the sacrifices of martyrs for the sake of the motherland.

In a tweet message, the DG ISPR while hailing the Pakistani media said that it had played a key role in informing the nation.

The DG ISPR also shared a video on his official twitter handle ahead of Pakistan’s Defence Day in which prominent anchorpersons can be seen paying tribute to martyrs and expressing love for the country. In the background of the video, a song filled with gusto and patriotism can also be heard. - APP